I thought I would mark the occasion by posting this ad for the Boris Thomashefsky Film Company.  Thomashefsky, a great playwright, actor and producer in the Yiddish theater, was Michael Tilson Thomas' grandfather.

The three movies listed here, "Featuring MR. THOMASHEFSKY -- HIMSELF," may have been all that the company produced.  Thomashefsky went bankrupt in 1915.

Sidney Goldin directed many movies for IMP and its successor, Universal.  During the 1920s, he became an independent producer.  He made other Yiddish movies in the United States and Austria.

Be sure to click on the images to see larger versions. 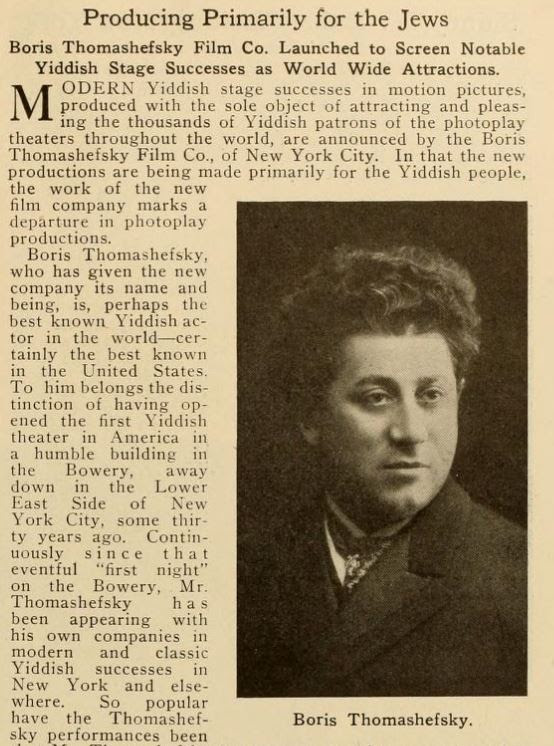