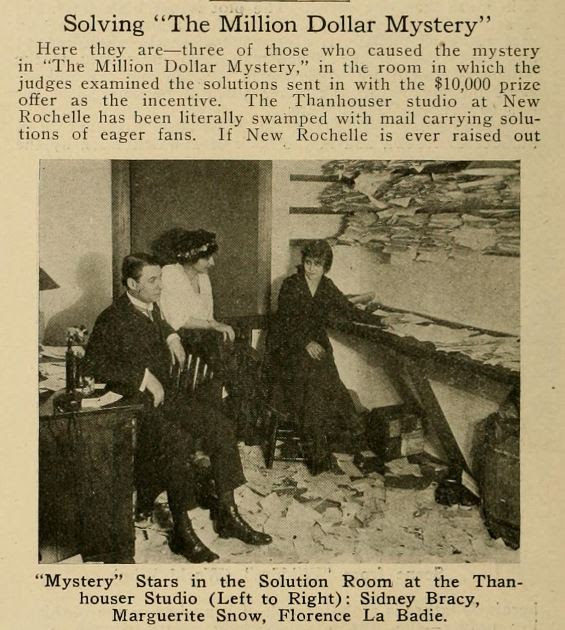 Thanhouser's serial The Million Dollar Mystery had been a roaring success.  In 1914, it stopped at chapter 22, promising that chapter 23 would be released at a later date.  Fans were invited to submit a solution to the mystery.  The person whose suggestion would be used to make chapter 23 would receive a $10,000 prize.  This article shows actors Sidney Bracy, Marguerite Snow and Flo La Badie, the star of the serial, sitting in a room piled with mail.  It says they had picked the winner, but his or her name would not be disclosed until the chapter was released in February.

"Most Successful Photoplay Ever Staged!"  Thanhouser's next serial, Zudora, was not as much of a success.  "Watch for sensational developments in the new episodes of 'Zudora.'  The early episodes of this wonderful photoplay are constructed to lead up to some of the most remarkable pieces of acting in the history of motion pictures."  Does this sound like an excuse for starting slowly? 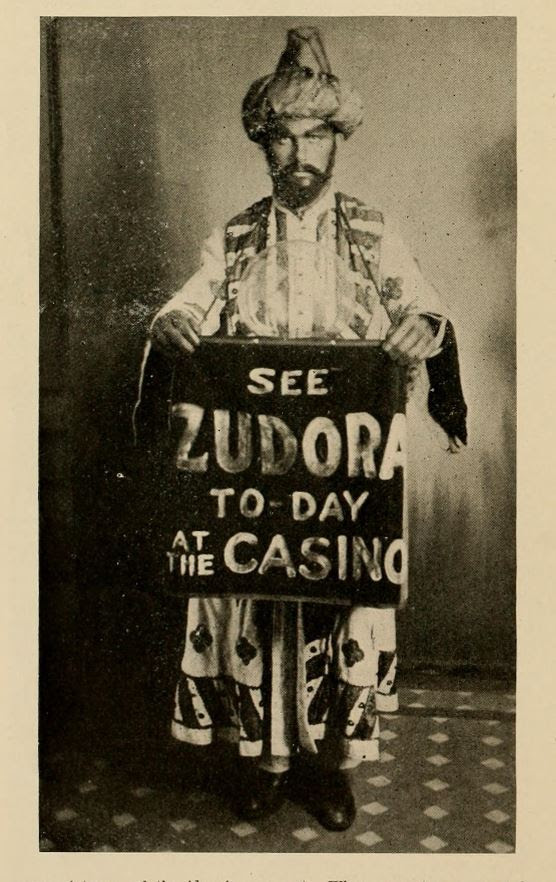 The manager of the Casino Theater in Des Moines, Iowa used this gentleman to advertise Zudora.  The crystal ball is an empty fish bowl.

"Jim's love for Zudora is evident." 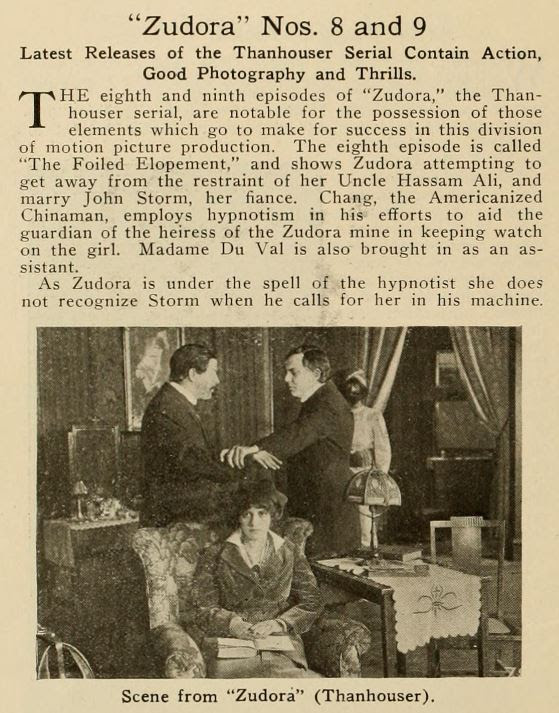 "One of the features of 'Zudora' is the attention given to the furnishings of Hassam's home.  Certainly there is no material which in richness seems so strongly to appeal to the camera as teakwood."

They lost one of the Persian cats.  "Director Hansel fails to see anything funny about it."

"Zudora returns the visit of 'the woman of mystery.'"

"Zudora learns where the little heiress is held prisoner."

"James Cruze -- The Hero!"  Not only is James Cruze now the hero, but Sidney Bracy and Frank Farrington, who were in The Million Dollar Mystery.  Have joined the cast.  I get the feeling that Thanhouser was trying to recapture the elements that made the old serial a success.

The dollar amount could have been exaggerated.
Posted by Joe Thompson at 10:00 AM