New Southern Film Company
Rene Plaisetty, a Young French-American, Will Produce for the Pathés With Studios in New Orleans. 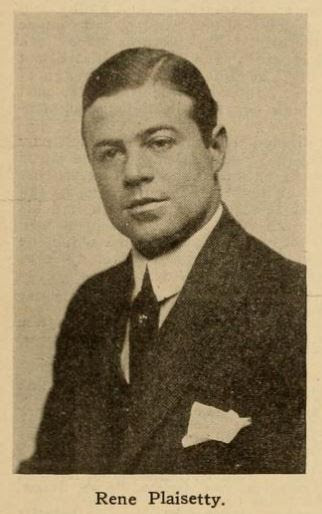 Rene Plaisetty, the young French-American who had left war-ridden Franch to engage in the production of films in the country, has just concluded a contract with Pathé Freres to make pictures for that company on American soil.  To be specific the pictures are to be produced in New Orleans.  Mr. Malitz, the vice-president of the Pathé firm, with who Mr. Plaisetty made his arrangements, believes that New Orleans, with its quaint old-world backgrounds, with its romantic history and its marvelous light facilities, is especially adapted for the production of good subjects either taken from the great past or the picturesque present.

Mr. Plaisetty is a French-American in the sense that he is French in his quick perception of dramatic values and in his good taste, and he is American in his spirit of initiative and his ability to gauge and please the taste of the American public.  He had been quite successful  as a director in Paris, but had always longed for the wider fields of the new world, which he knew really better than the old.  The war disgusted him with conditions in Europe and he came to this country establishing himself quickly in New Orleans.  He started to build a studio which is now near completion.  This studio with its technical departments will be large and modern in every respect.  The studio is located in the very heart of a big natural park, peculiarly suited for use in film plays.  Every variety of Southern scenery can be found there, a succession of charming landscapes greet the eye in every direction -- it is in short a director's paradise.

When Mr. Plaisetty was in New York, in the course of the past week, he called at the offices of The Moving Picture World and told of plans and prospects. 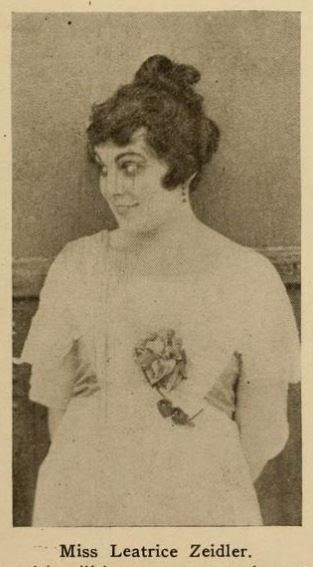 "I will devote myself especially to American subjects," he said in the course of an interesting chat with a World man.  "The facilities for making good pictures in Louisiana are exceptional and it will be my earnest endeavor to make the best possible use of them.  I have secured a very charming and capable young lady for my leading woman.  She is Miss Leatrice Zeidler, a native of New Orleans, a woman of the genuine Southern type of beauty and I think highly gifted as an actress.  With the little experience she has had she has shown remarkable aptitude for the screen.  She has long been a social favorite in New Orleans and has frequently distinguished herself in private theatricals.  I believe that the demand for pictures made in America is growing all the time and I want to make chiefly American subjects.  Louisiana is surely not the least interesting and picturesque part of our country.  I believe that the field is full of splendid opportunities and all my ambitions are centered on making some valuable contributions to the supply of American quality pictures."
Mr. Plaisetty returned to New Orleans after making his arrangement with the firm of Pathé and will soon be ready to announce his first release.  He calls his company the Nola Film Company.
Posted by Joe Thompson at 10:00 AM