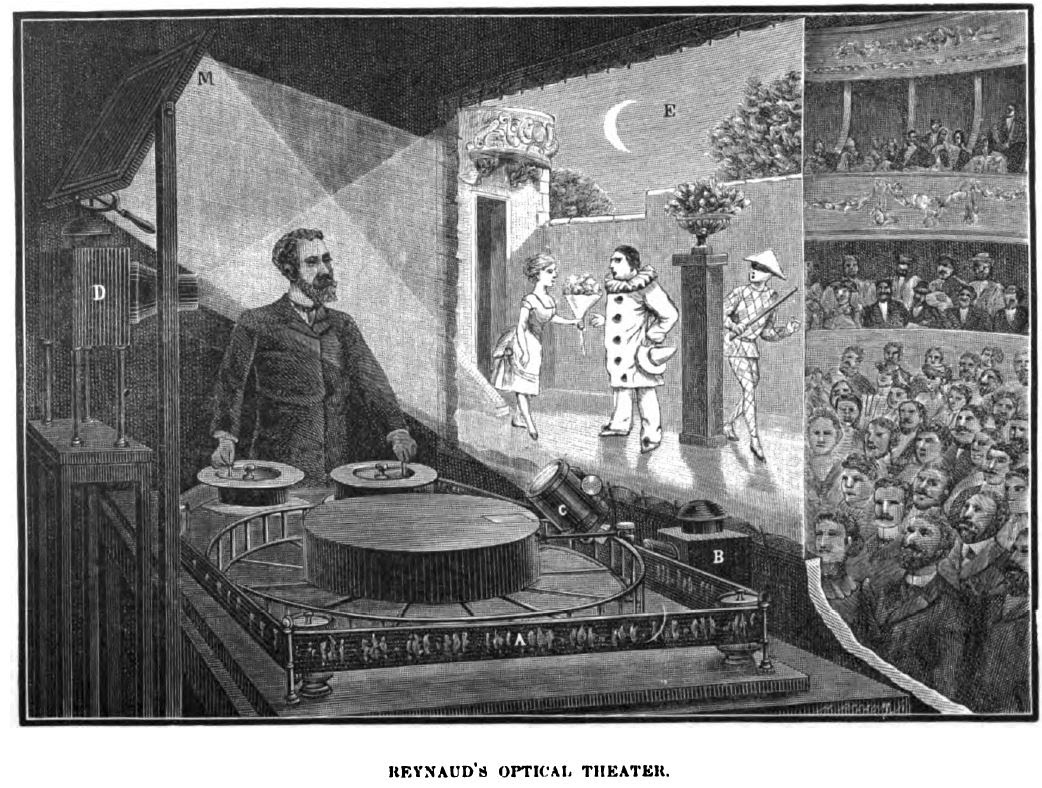 Artist and inventor Charles-Émile Reynaud created the Praxinoscope and later in 1888 the Théâtre Optique, which presented hand-drawn moving pictures using perforated film. This item from Magic: Stage Illusions and Scientific Diversions, Including Trick Photography, edited by Albert Allis Hopkins, describes the Théâtre Optique. After movies came to dominate the world of entertainment, Reynaud, in despair, threw most of his equipment and movies into the Seine.

Up to the time of the invention of this theater, the apparatus that produced the synthesis of the successive phases of an action were limited to reproduction upon a very small scale, which can only be enjoyed by a limited group. The object of the optical theater was to provide an apparatus for the reproduction of a series of actions upon a considerable scale. The continuity of the image obtained by the praxiuoscope, invented in 1877 by M. Reynaud, had not up to this time been realized by any projecting apparatus. The effect is produced by using a crystalloid band upon which the images are painted as represented at A in our engraving. The operator can revolve it in one direction or the other by means of two reels. The images pass before the lantern, B, and are projected by the aid of the objective, C, upon an inclined mirror, M, which projects them upon the transparent screen, E. Another projection lantern, B, causes the appearance on the screen of the scene, amid which appear the characters, which change their posture according as the painted band, A, is revolved by the operator.