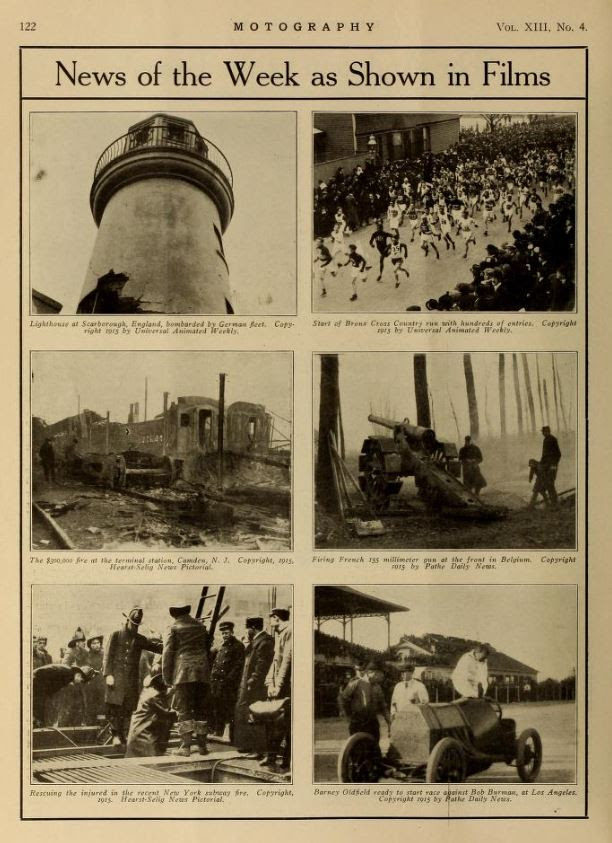 The 23-January-1915 Motography featured "News of the Week as Shown in Films," with items from current newsreels.

"Start of Bronx Cross Country run with hundred of entries.  Copyright 1915 by Universal Animated Weekly."  I haven't been able to find anything about this race.

"Firing French 155 millimeter gun at the front in Belgium.  Copyright 1915 by Pathe Daily News."  This is probably a de Bange.  Early in the war, the French had a shortage of field guns larger than the famous 75.  This is the first Pathé newsreel we have seen.

"Rescuing the injured in the recent New York subway fire.  Copyright, 1915. Hearst-Selig News Pictorial."  On 05-January-1915, an electrical fire at West 55th and Broadway spread smoke through the IRT subway.