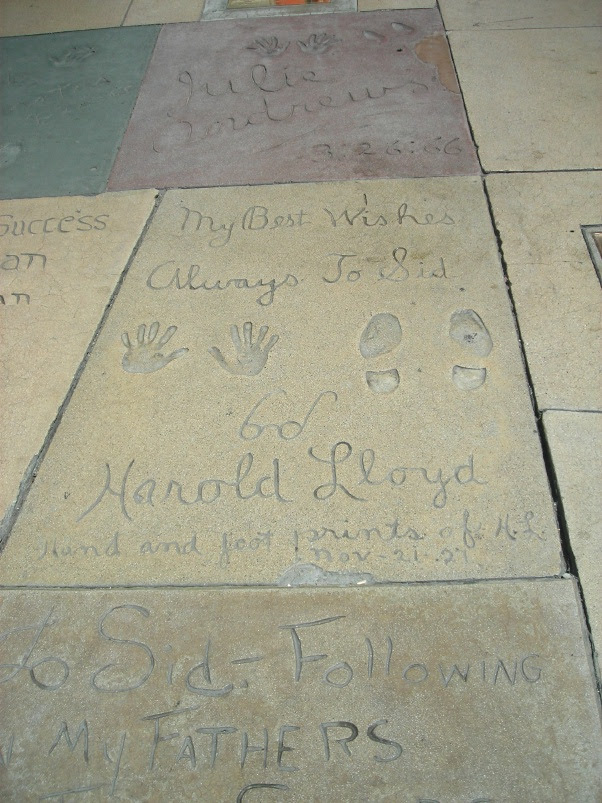 I recently finished my series of photos taken at Grauman's Chinese. I started it on my other blog in 2009-2010, then picked it up again after a visit in 2012 (http://cablecarguy.blogspot.com/search/label/Grauman%27s%20Chinese). I moved it here when I started this blog in 2014, and finished it in September, 2014. In October, 2014, I thought I would start rerunning the series, adding photos of the people honored in the forecourt.

Harold Lloyd left his hand and footprints in the forecourt of Grauman's Chinese on 21-November-1927. I don't know what the occasion could have been -- this was between the release dates of The Kid Brother and Speedy. DSCN4138.
I took this on 18-July-2009.