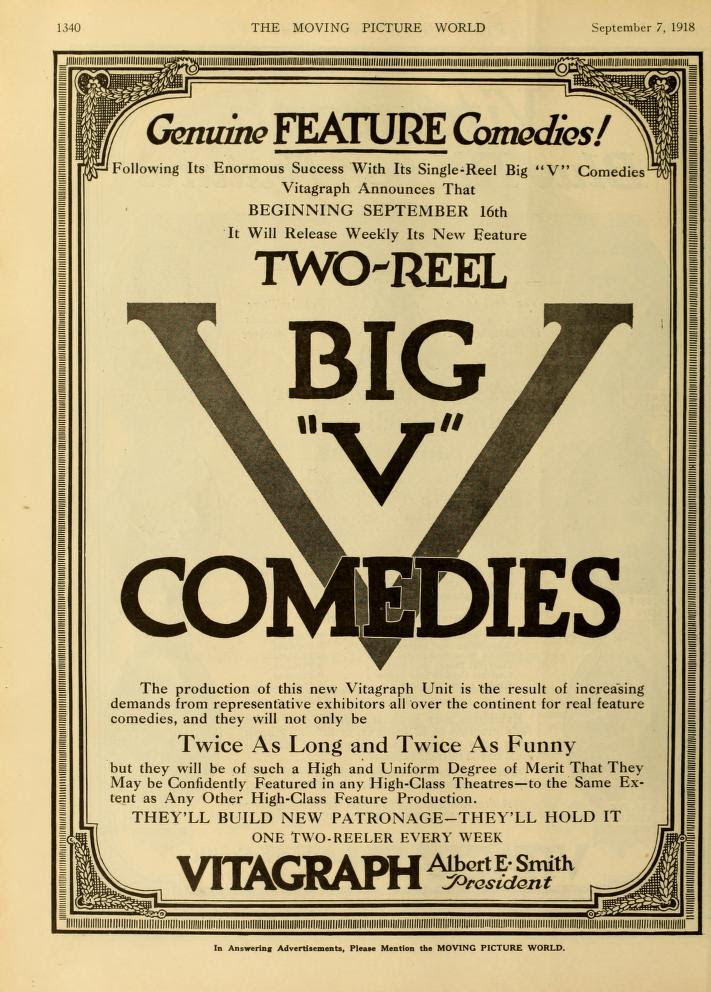 I launched this blog one year ago today, on 01-January-2014.  I split it from my other blog, The Pneumatic Rolling-Sphere Carrier Delusion.

I participated in five blogathons.  In January I wrote "1916, A Funny Year" for the Classic Movie History Project Blogathon.  In March I wrote "Sherlock Holmes Looks Exactly Like William Gillette" for Sleuthathon, a Blogathon of Gumshoes.  In June I wrote "Batman vs Doctor Daka" for Snoopathon, a Blogathon of Spies.  In September I wrote "Patriotic Porkers and Other Propaganda Films" for the World War One in Classic Film Blogathon.  In November, I wrote "Nursery Favorites and the Early-Teens Talkie Boom" for the Fairy Tale Blogathon.  All of these blogathons were hosted or co-hosted by Fritzi at Movies Silently. Thank you for the opportunities, Fritzi.

In January I started this blog, moving some series over from my old blog, including Bessie Love, movie theaters, Oz Films and Grauman's Chinese.  We marked the 100th birthday of George Reeves and the 75th birthday of Susannah York.  I reviewed DVDs Lost and Found: American Treasures From the New Zealand Film Archive and Accidentally Preserved.  We marked Chinese New Year, the Year of the Horse, with Rex, King of the Wild Horses.

In May Bob Hoskins, Herb Jeffries and Gordon Willis died.  We celebrated the 100th birthdays of Joe Louis and Tyrone Power, Jr.

In June, Carla Laemmle and Eli Wallach died.  I started new series about baseball, Jack London, the Mexican Revolution and The Million Dollar Mystery.  Around this month I started to concentrate on items from the same month in 1914.

In August I reviewed a DVD, The Mishaps of Musty Suffer. I made several posts to mark the 100th anniversary of World War One.  Lauren Bacall, Robin Williams and  Sir Richard Attenborough died.

In October The San Francisco Giants won the World Series.  I ran a series of articles about rumors that Max Linder had been killed during World War One.  Elizabeth Peña and Mike Nichols died.  We celebrated the 75th birthday of John Cleese and the 100th birthday of Richard Widmark.  We celebrated the 100th anniversary of the release of Winsor McKay's "Gertie the Dinosaur" and Mack Sennett's Tillie's Punctured Romance.  We marked the 100th anniversary of the completion of DW Griffith's The Clansman, later called Birth of a Nation.  I started a series called "News of the Week" based on a 1914 Motography series showing images from newsreels.  I tried to explain each item.

In December I started a series on the Thanhouser serial Zudora and Pearl White's The Exploits of Elaine.  Actress Luise Rainer died at 104 years old.  Edward Herrmann died on the last day of the year.  We celebrated the 150th birthday of William S Hart and the 100th birthday of Dorothy Lamour.  We observed the 75th anniversary of Douglas Fairbanks' death.  We marked the 100th anniversary of Charlie Chaplin signing with Essanay.

Throughout the year, I printed some items about Universal touting its new studio, Universal City.

The image is from the 07-September-1918 Moving Picture World.   Be sure to click on the image to see a larger version.
Posted by Joe Thompson at 12:30 AM