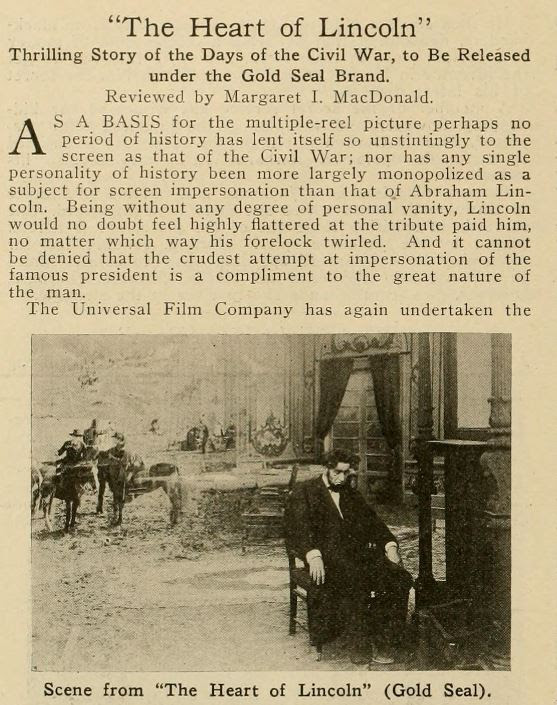 Happy 206th birthday to Abraham Lincoln, our greatest president.  In 1915, Universal released a Gold Seal production, "The Heart of Lincoln," just in time for his birthday.  Francis Ford, brother of future director John Ford, played Lincoln.  Ford directed the film and co-starred with his frequent partner, Grace Cunard.  She wrote the scenario.

"As a basis for the multiple-reel picture perhaps no period of history has lent itself so unstintingly to the screen as that of the Civil War; nor has any single personality of history been more largely monopolized as a subject for screen impersonation than that of Abraham Lincoln."  This is interesting to read with the premiere of Birth of a Nation Waiting just around the corner.

Francis Ford had played Abraham Lincoln in seven other films.