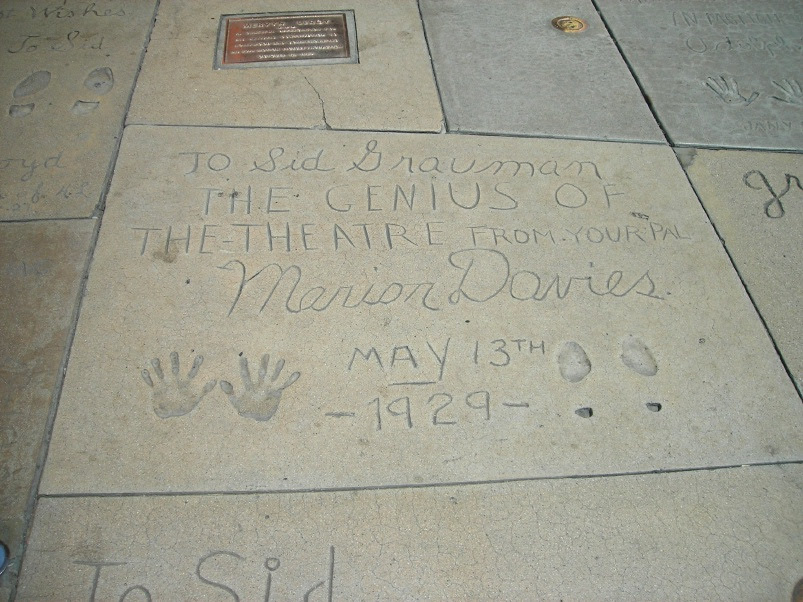 I recently finished my series of photos taken at Grauman's Chinese. I started it on my other blog in 2009-2010, then picked it up again after a visit in 2012 (http://cablecarguy.blogspot.com/search/label/Grauman%27s%20Chinese). I moved it here when I started this blog in 2014, and finished it in September, 2014. In October, 2014, I thought I would start rerunning the series, adding photos of the people honored in the forecourt.
Marion Davies left her hand and footprints and a nice compliment to Sid Grauman in the forecourt of Grauman's Chinese on 13-May-1929. DSCN4139.

Her movies were hard to find for a long time, and people got her mixed up with the character Susan Alexander in Citizen Kane. Actually, Davies was a talented actress. I have enjoyed all the movies in which I have seen her.
I took this on 18-July-2009.