The Perils of Pauline was a big hit in 1914. The 20 chapter serial was not the first movie serial, but it was one of the big ones. It starred Pearl White, the first serial queen. Pathé's next serial was The Exploits of Elaine, starring Pearl White as the alliterative heroine Elaine and Arnold Daly as the scientific detective Craig Kennedy.

I like the layouts of the ads like the one above.  I have some cool ones coming in March.

The Clutching Hand makes Elaine and her dog sick. 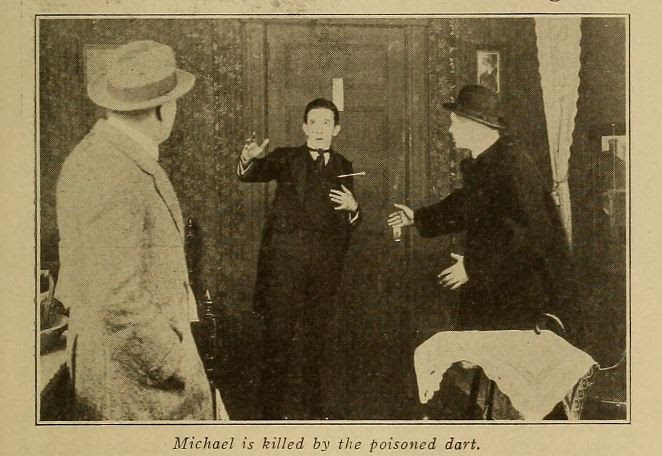 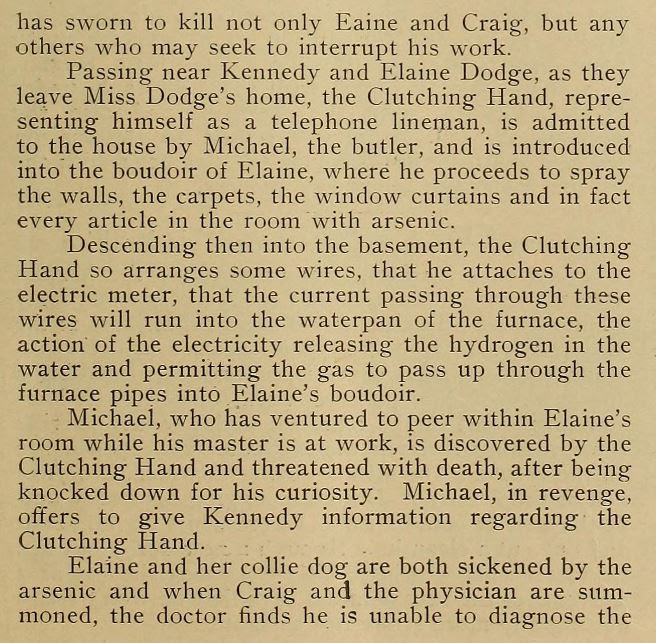 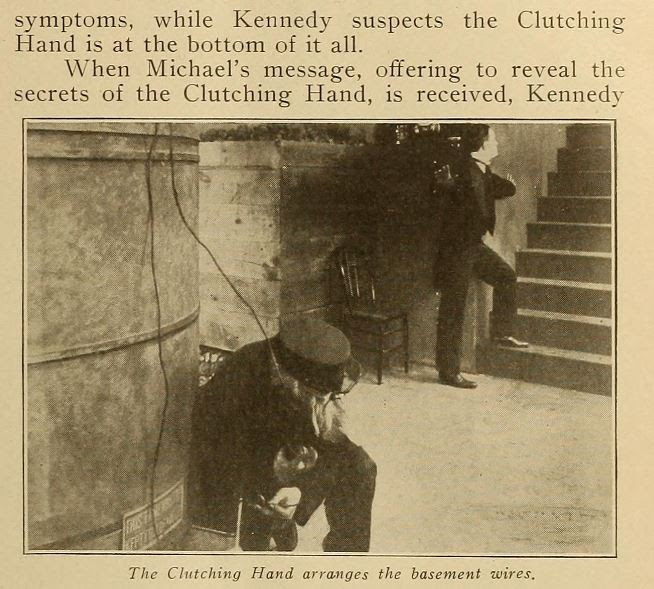 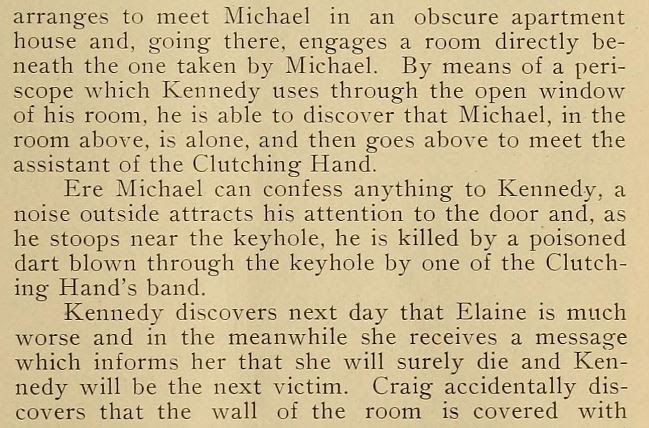 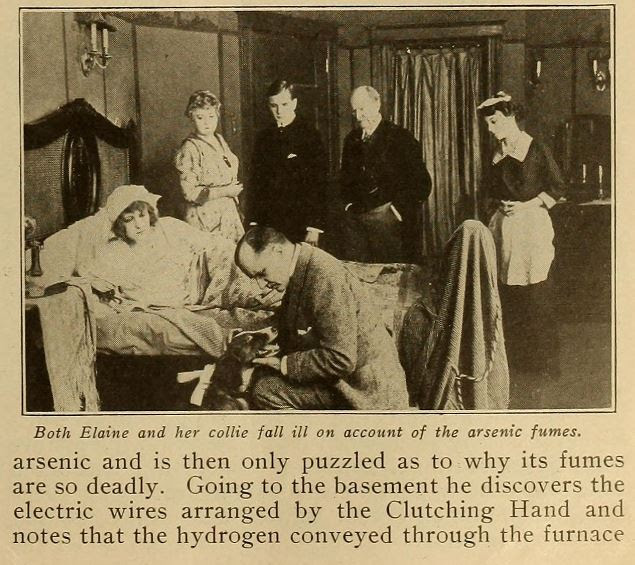 "The Biggest and Best Serial Yet."

"Miss White has a genius when it comes to playing before the camera.  She really acts; she has full command of her expression and seems to the spectator to be filled with the emotion she portrays.  What is more she takes a remarkably good picture."

The items at the end include one about the sculptures at the Selig Zoo. Rescued from a junkyard, they now stand in the Los Angeles Zoo. 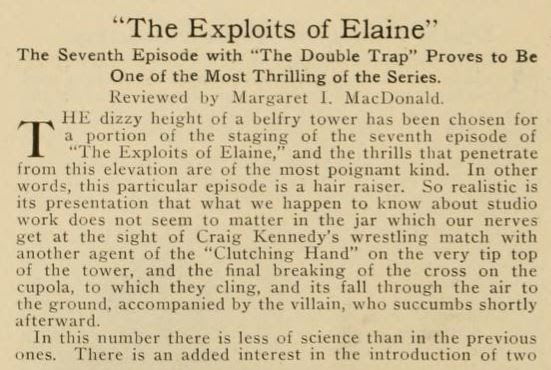 "In this number there is less of science than in the previous ones." 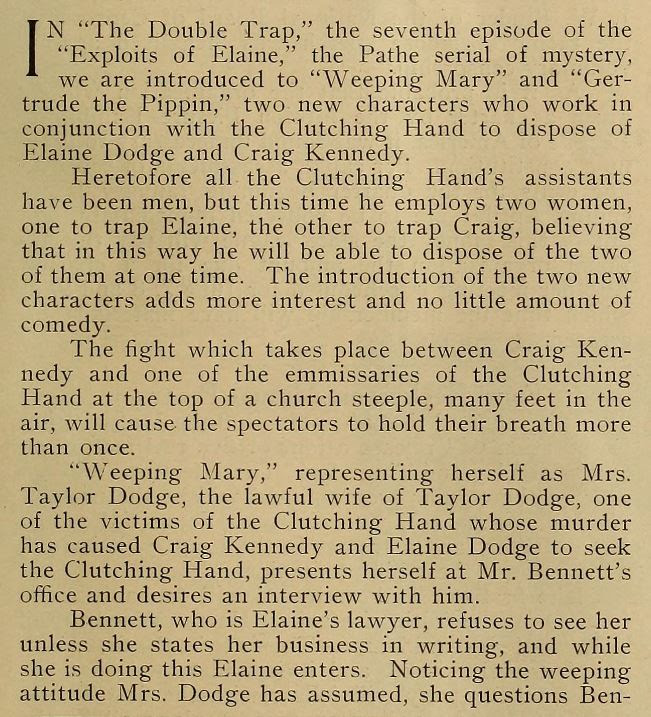 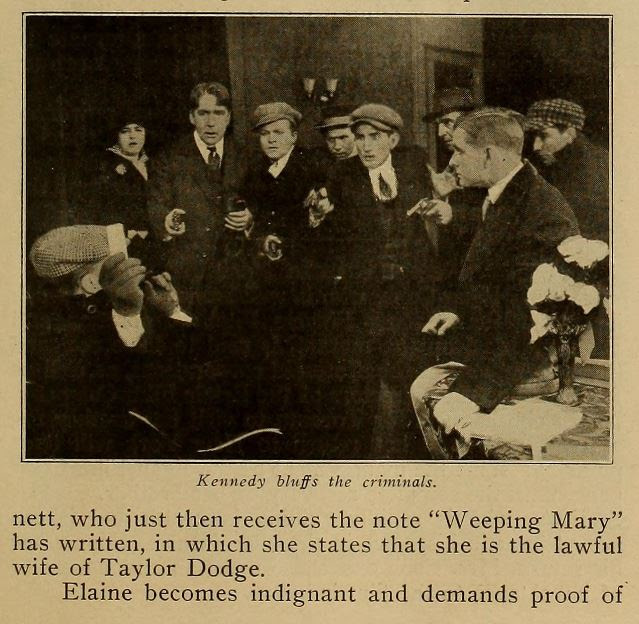 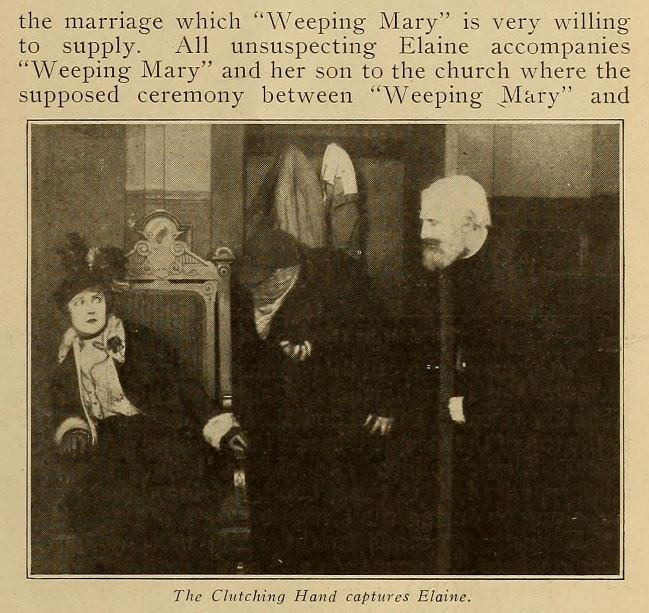 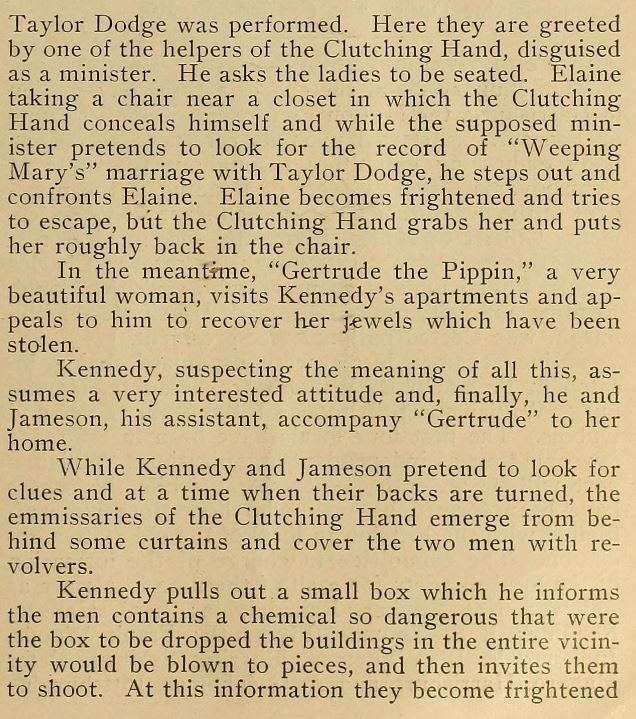 "The fight which takes place between Craig Kennedy andone of the emmissaries of the Clutching Hand at the top of a church steeple "
I like this one, too.  "They Know!" 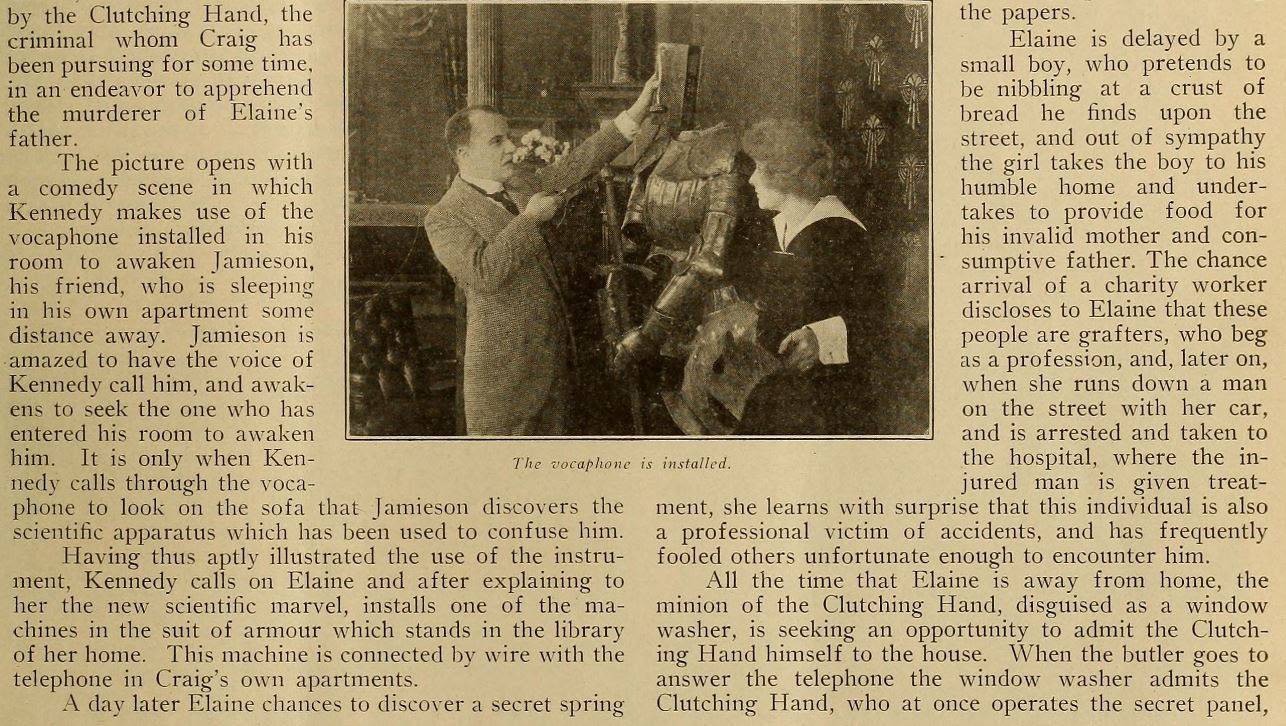 "Vocaphone Saves Elaine From Harm."  The Vocaphone appears to have been an early version of the speakerphone.

"It was generally agreed that 'The Exploits of Elaine' was some picture."
Posted by Joe Thompson at 10:00 AM