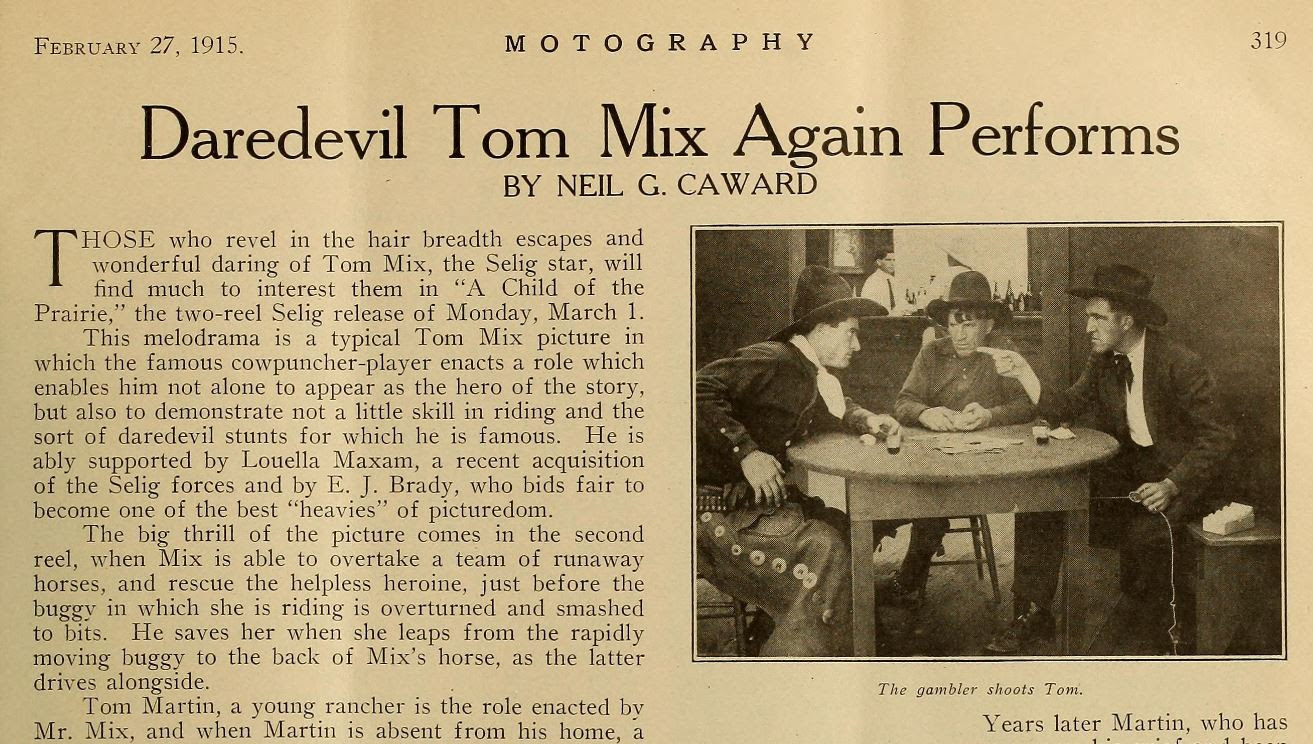 Tom Mix was the biggest cowboy star in silent movies. He and his horse Tony had many adventures in Selig Polyscope Company and later Fox films.

By February, 1915, Tom was big enough to rate a Motography story about his upcoming two-reeler "A Child of the Prairie."  "The big thrill of the picture comes in the second reel when Mix is able to overtake a team of runaway horses, and rescue the helpless heroine (Louella Maxam), just before the buggy in which she is riding is smashed to bits."  Rancher Tom is shot by a gambler, who then elopes with his wife.  They abandon Tom's three year-old daughter when wolves attack in the mountains.  Kindly cowboys adopt the little girl and raise her.  When Tom rescues her from the buggy, he notices the resemblance she has to his wife.  Just to make things neat, Tom meets the gambler in the street and they fight a gun battle.  The dying gambler says Tom's wife "had died of grief over the loss of her baby daughter, who had been abandoned to the mercy of the wolves."  So Tom and daughter are reunited.  Quite a yarn.

Be sure to click on the images to see larger versions.
Posted by Joe Thompson at 10:00 AM