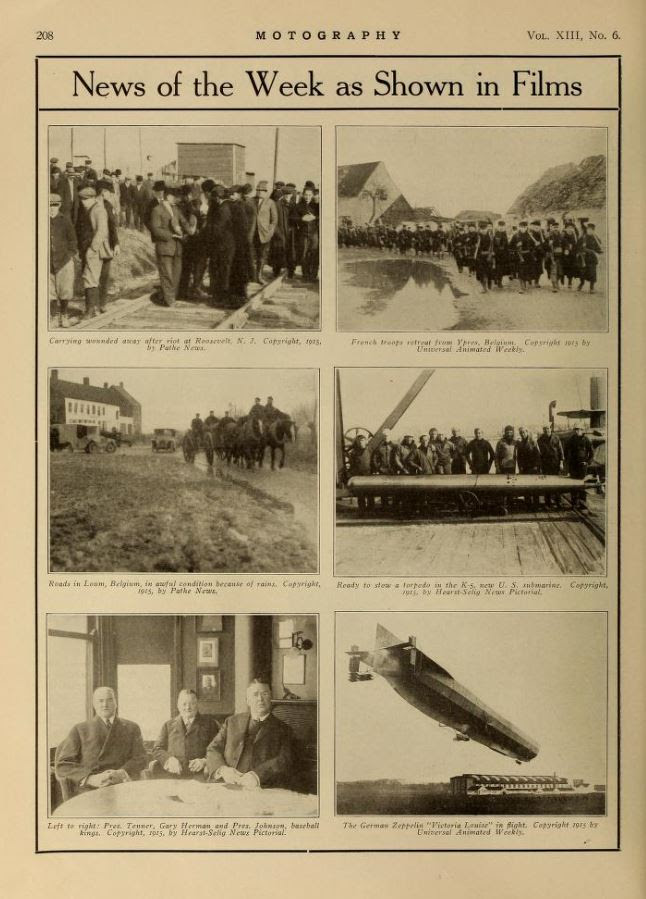 The 06-February-1915 Motography featured "News of the Week as Shown in Films," with items from current newsreels.

"Carrying wounded away after riot at Roosevelt, N. J.  Copyright 1915 by Pathe Daily News."  On 19-January-1915, police shot strikers at the American Agricultural Chemical Company.  They killed four and wounded ten others.

"Roads in Loum, Belgium, in awful condition because of rains. Copyright, 1915, by Pathe Daily News."  I don't know of a town called Loum in Belgium.  The European winters during World War One were some of the worst during the 20th Century.

"The German Zeppelin 'Victoria Luise' in flight.  Copyright 1915 by Universal Animated Weekly."  LZ-11, Viktoria Luise was a pre-war passenger Zeppelin taken over by the German Army.  In my other blog, we saw Viktoria  Luise star in a 1912 movie:
http://cablecarguy.blogspot.com/2012/06/sky-monster-june-1-2012.html
Posted by Joe Thompson at 10:00 AM