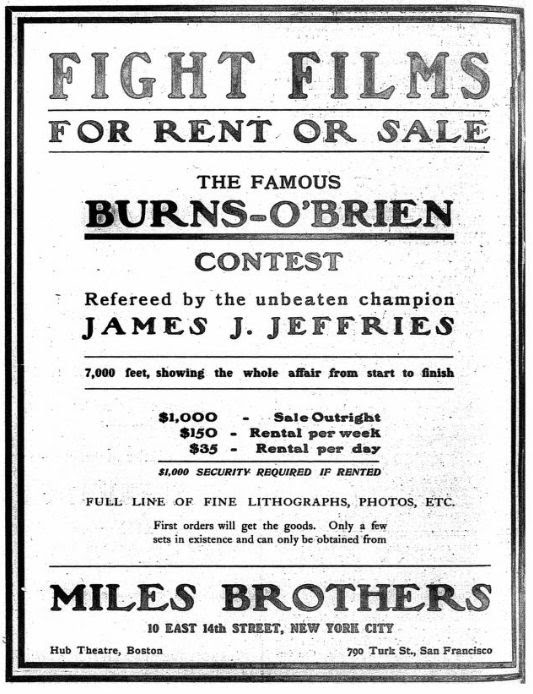 Heavyweight champ Tommy Burns, a Canadian, met Philadelphia Jack O'Brien for the second time on 08-May-1907 in Los Angeles.  Their first fight had ended in a draw.  Burns won the second fight, but spectators thought the results smelled like a fix.  Retired heavyweight champ Jim Jeffries was the referee.  Miles Brothers, famous now for producing "A Trip Down Market Street," distributed the film.  Boxing films were very important to the early industry.  Note that the film could be purchased or rented for a week or a day.