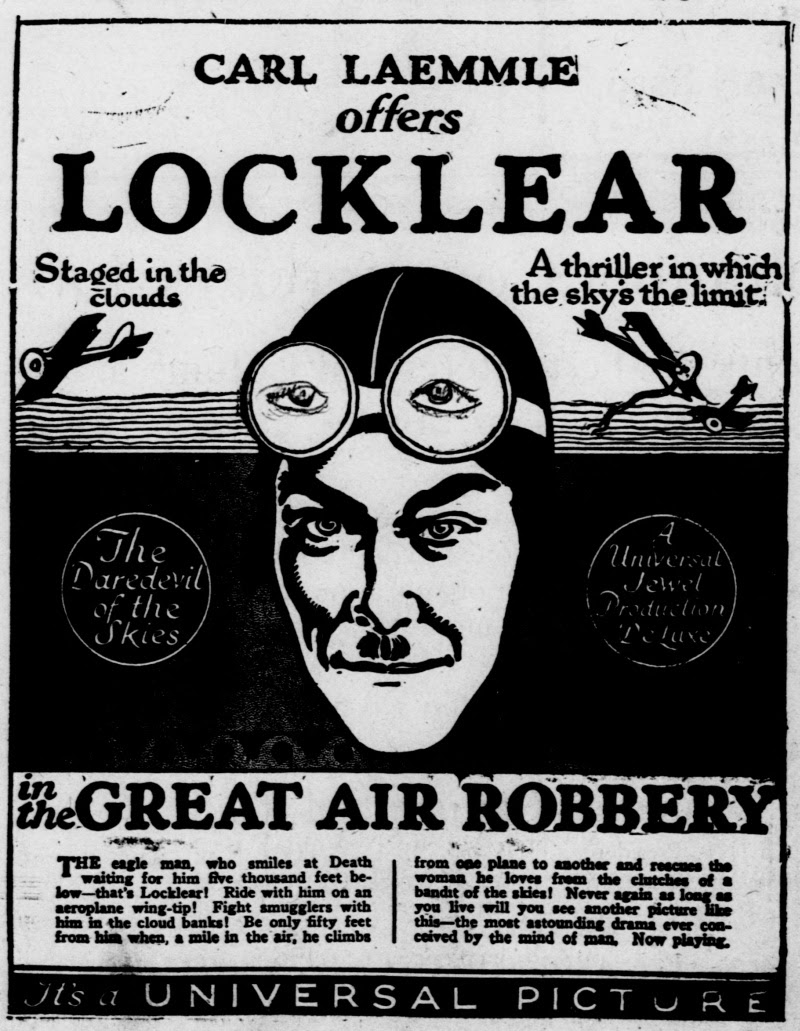 After serving in the US Army Air Service during World War I, Ormer Locklear became a barnstormer who specialized in wing walking. He and his partner Skeets Elliot toured the country thrilling audiences. The Great Air Robbery was Locklear's first starring movie role. While shooting his second starring movie, The Skywayman (great title), pilot Elliot was blinded by spotlights during a night dive and both men were killed. The producers left the scene in the movie.

The ad comes from the 12-April-1920 Evening Missourian. The extra set of eyes is disturbing. Click on the image to see a larger version.
Posted by Joe Thompson at 10:00 AM