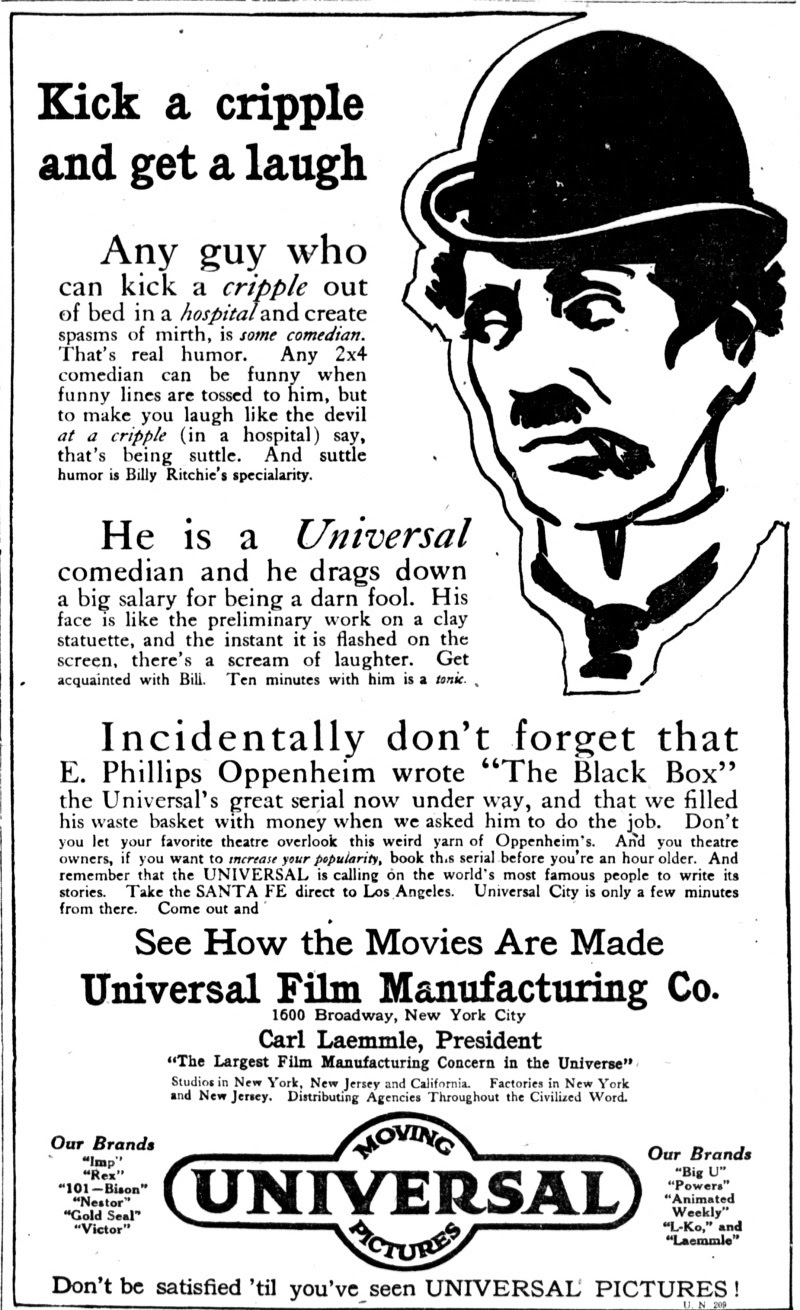 This ad, from the 17-March-1915 Washington Times, promotes Universal's movies, particularly Billie Ritchie's L-KO comedies. "Kick a cripple and get a laugh" is such a wonderful tag line. I considered using it as the title of this blog, but then I thought that might not be such a good idea. Note how they spelled "subtle."

"Come out and see how the movies are made" at Universal City. "The largest film manufacturing concern in the universe."

Be sure to click on the image and see a larger version.
Posted by Joe Thompson at 10:00 AM