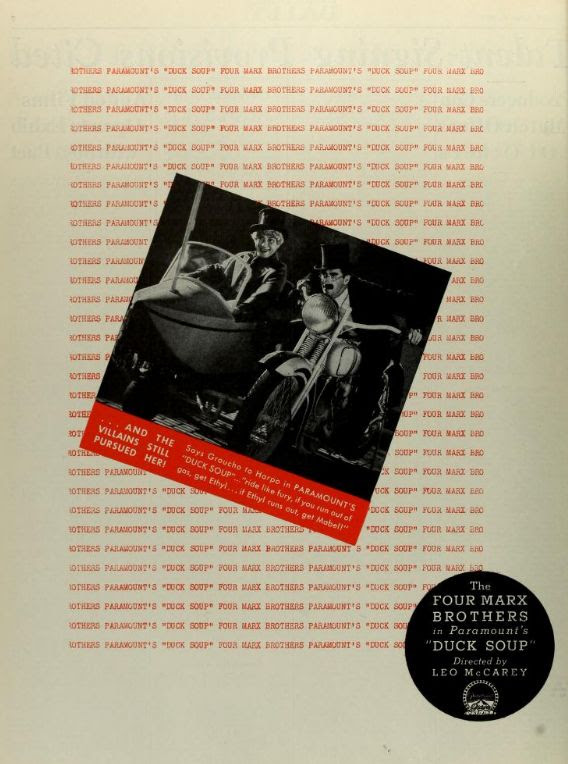 "Ride like Fury," says President Rufus T Firefly to Pinky, "If you run out of gas, get ethyl. If Ethel runs out, get Mabel! Now step on it!"  There is a running gag involving the motorcycle and the sidecar.

Duck Soup was the Marx Brothers' last film for Paramount and the last one that starred the Four Marx Brothers; it is a favorite of mine. Director Leo McCarey brought along his experience with Hal Roach shorts and some Hal Roach regulars, including Edgar Kennedy and Charles Middleton.

The ad is from Motion Picture Daily, 12-October-1933.  Be sure to click on the image to see a larger version.
Posted by Joe Thompson at 10:00 AM