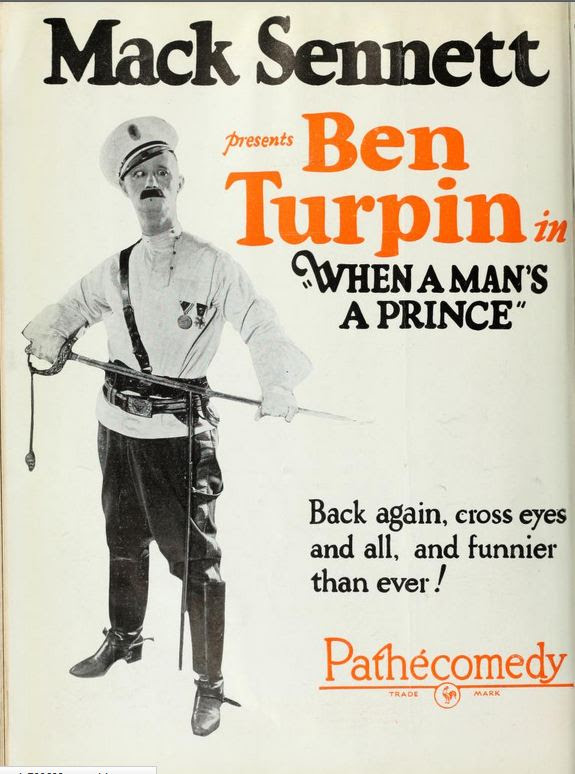 Mack Sennett produced a number of two-reel parodies of Hollywood genres starring the inimitable Ben Turpin.  In "When a Man's a Prince," Ben impersonated actor/director Erich von Stroheim.  "Back again, cross eyes and all, and funnier than ever!"  At this time, Sennett's short films were released by Pathé (Pathécomedies).

Ben Turpin, a native of New Orleans, starting appearing in films for Essanay in Chicago in 1907.  A 1909 Essanay one-reeler, "Mr Flip," turns up in some video collections.  When Charlie Chaplin joined Essanay in 1915, Turpin supported him, especially in "A Night Out."  Chaplin went to Hollywood, then left Essanay.

Turpin moved on to Vogue "Slapstick with a Reason." In 1917, Turpin joined Mack Sennett's studio, where he fit right in with his crossed eyes and wild pratfalls. With sound on the way, Sennett closed his studio in 1928. Turpin moved on to Weiss Brothers-Artclass. In 1929, well off from real estate investments, he retired. He was an active Roman Catholic. Turpin made gag appearances in features and shorts until he died in 1940.