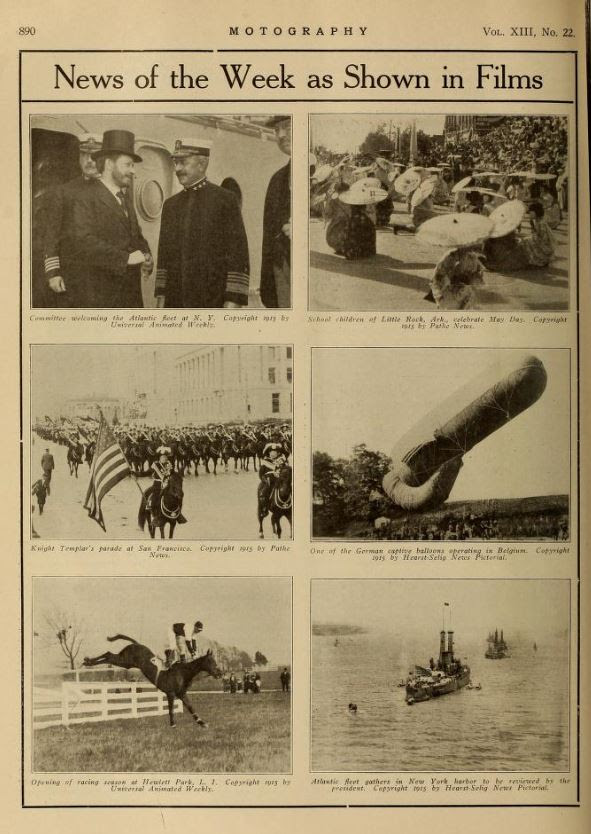 The 29-May-1915 Motography featured "News of the Week as Shown in Films," with items from current newsreels. 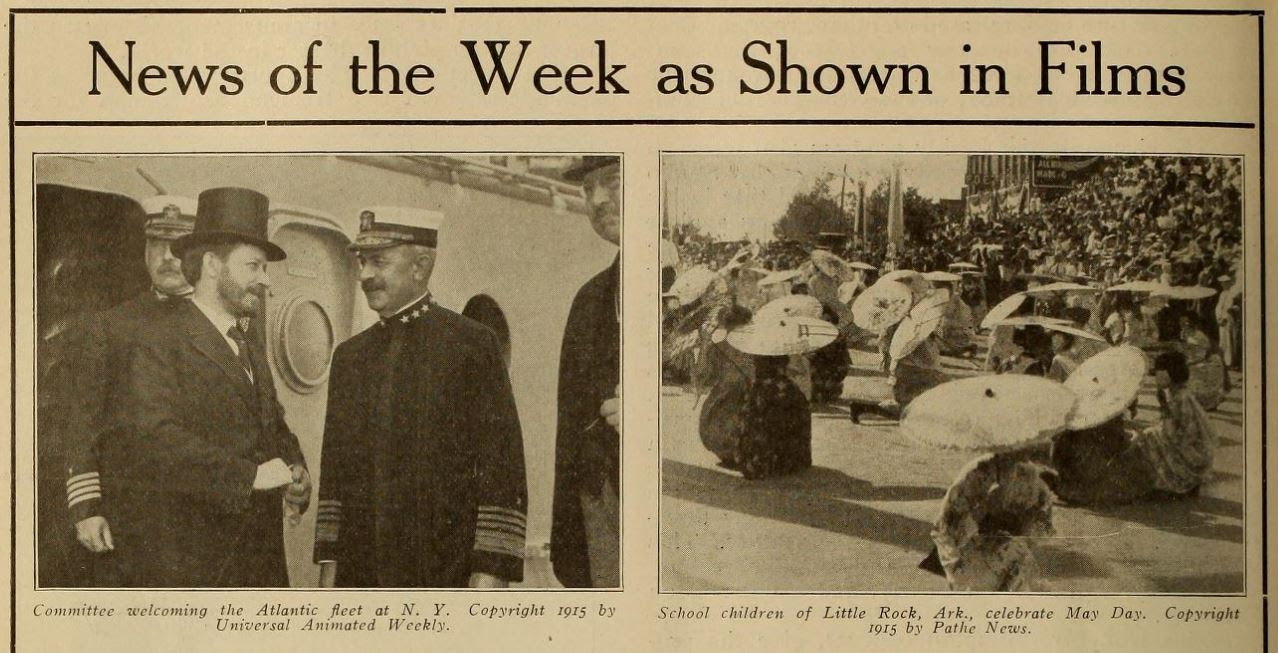 "Knight Templar's parade at San Francisco.  Copyright 1915 by Pathe News." The Knights Templar are a Masonic organization.  They had a state commandery session in San Francisco.

"Atlantic fleet gathers in New York harbor to be reviewed by the President.  Copyright 1915 Hearst-Selig News Pictorial."  Two battleships preparing for the review.
Posted by Joe Thompson at 10:00 AM