Moving Picture World made fun of this poorly punctuated Good Friday ad from an exhibitor.

Chaplin appeared in "The Champion" (not in the Passion Play) with this bulldog. 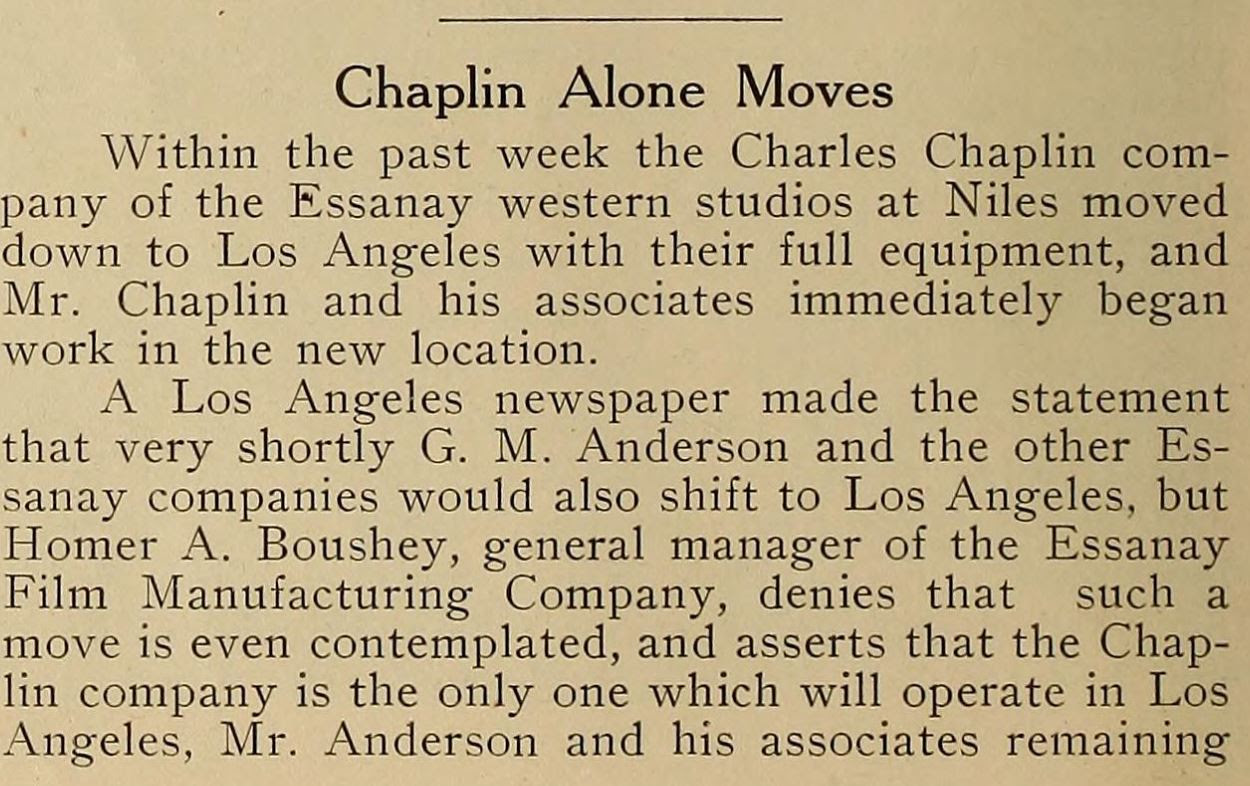 Chaplin moved from the Essanay studios at Niles, across the bay from San Francisco, to Los Angeles.  Some sources reported that Broncho Billy and the rest of the Essanay western companies had moved, but only Chaplin went to Los Angeles.

﻿ This Essanay ad features Chaplin's "By the Sea" in the lower part of the list of productions.

"By the Sea" sounds like many of Chaplin's Keystone movies.

Chaplin appears below Broncho Billy.  "Watch for the Chaplin-Essanay brand."

This Chaplin novelty was a watch fob.