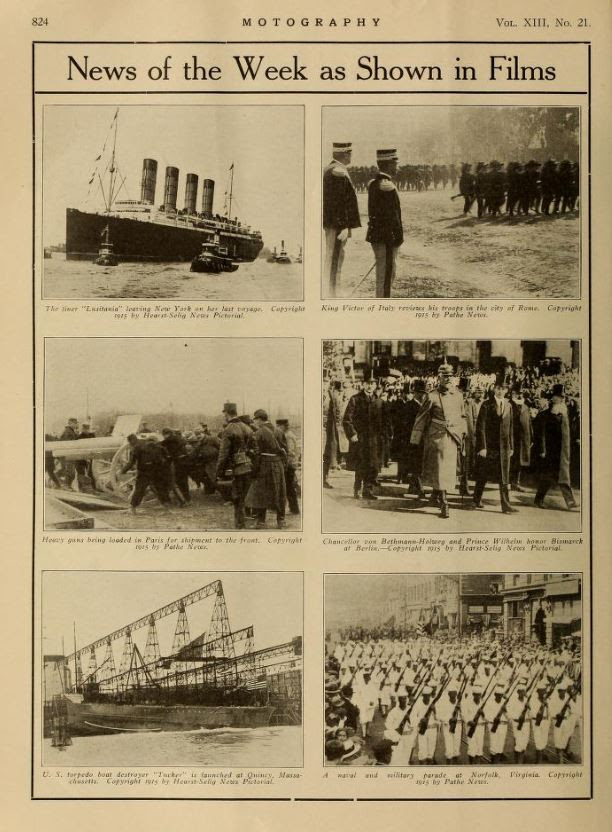 The 22-May-1915 Motography featured "News of the Week as Shown in Films," with items from current newsreels. 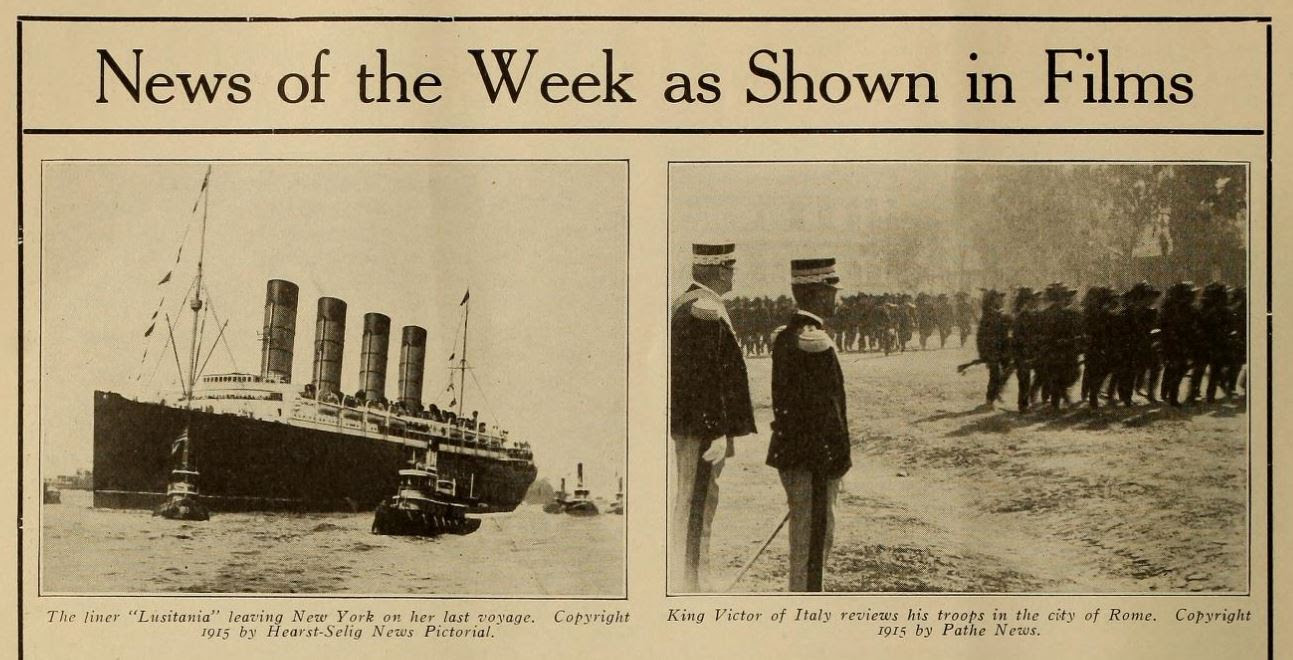 "The liner 'Lusitania' leaving New York on her last voyage.  Copyright 1915 Hearst-Selig News Pictorial." On 01-May-1915, Cunard liner RMS Lusitania sailed for Britain.  The German embassy in Washington DC placed an ad warning that the ship was liable to be sunk:
http://cablecarguy.blogspot.com/2015/05/lusitania-warning-may-1-2015.html
On 07-May-1915, U-20 torpedoed and sank Lusitania near the coast of Ireland:
http://cablecarguy.blogspot.com/2015/05/great-liner-lusitania-torpedoed-and.html

"King Victor of Italy reviews his troops in the city of Rome.  Copyright 1915 by Pathe News." Italy was neutral until 23-May-1915, when it declared war on Austria-Hungary.  Victor Emmanuel III is looking at a troop of Bersaglieri, who wear feathers in their hats and jog rather than march.

"Heavy guns being loaded in Paris for shipment to the front.  Copyright 1915 by Pathe News." I don't know what gun that is.  Since they call it heavy, I assume it is bigger than a 75.

"Chancellor von Bethmann-Holweg and Prince Wilhelm honor Bismarck at Berlin.  Copyright 1915 Hearst-Selig News Pictorial." Theobald von Bethmann-Hollweg was the German Chancellor.  I think he is in uniform.  I don't see Wilhelm the Crown Prince and his son Wilhelm was too young to be one of these men.

"U. S. torpedo boat destroyer "Tucker" is launched at Quincy, Massachusetts.  Copyright 1915 Hearst-Selig News Pictorial." USS Tucker (DD-57) was a destroyer which served the Navy and the Coast Guard until 1936.

"A naval and military parade at Norfolk, Virginia.  Copyright 1915 by Pathe News." Naval Station Norfolk is a key part of the economy of the area.
Posted by Joe Thompson at 10:00 AM