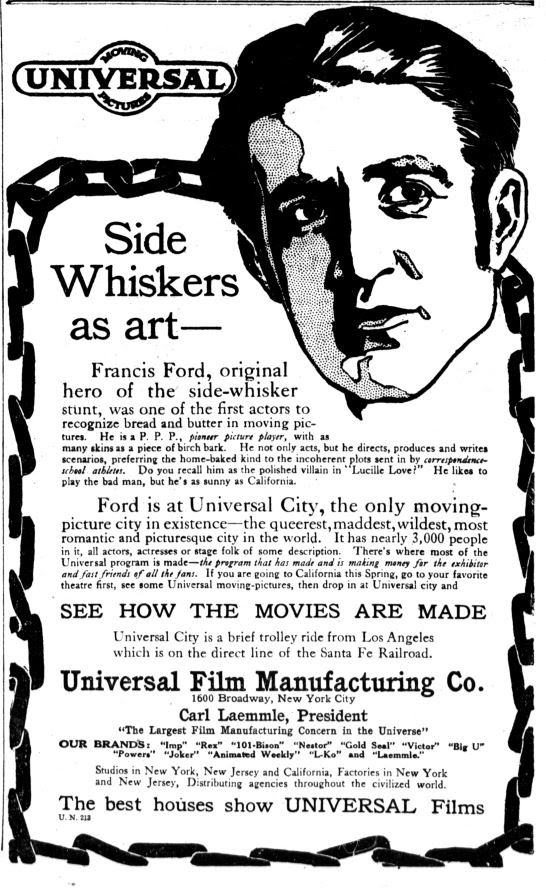 Francis Ford was the older brother of future director John Ford. He was a star and director at Universal.

With expositions in both San Francisco and San Diego dedicated to the newly opened Panama Canal, and with tourism to Europe cut off, Universal hoped to attract visitors to its new studio, Universal City.  "If you are going to California this Spring, go to your favorite theatre first, see some Universal moving-pictures, then drop in at Universal city and

SEE HOW THE MOVIES ARE MADE

Universal City is a brief trolley ride from Los Angeles whichon the direct line of the Santa Fe Railroad."