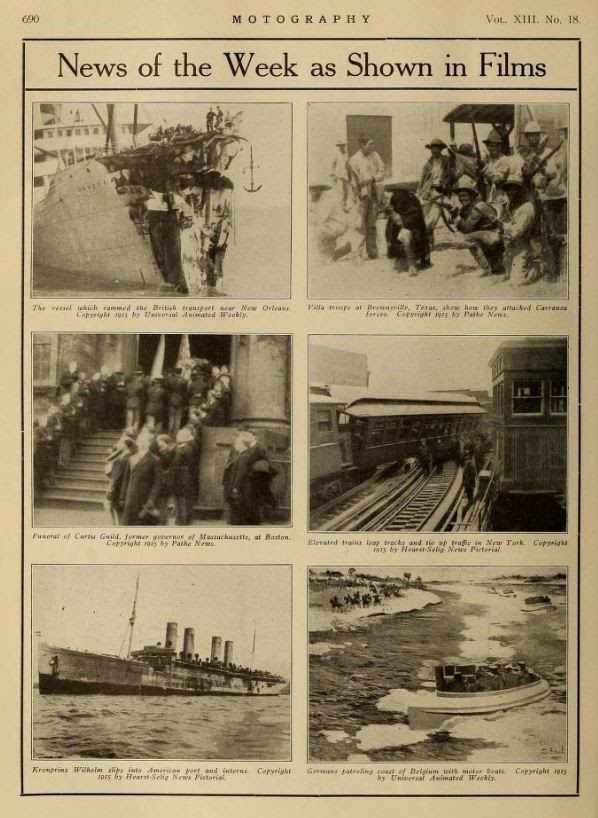 The 01-May-1915 Motography featured "News of the Week as Shown in Films," with items from current newsreels. 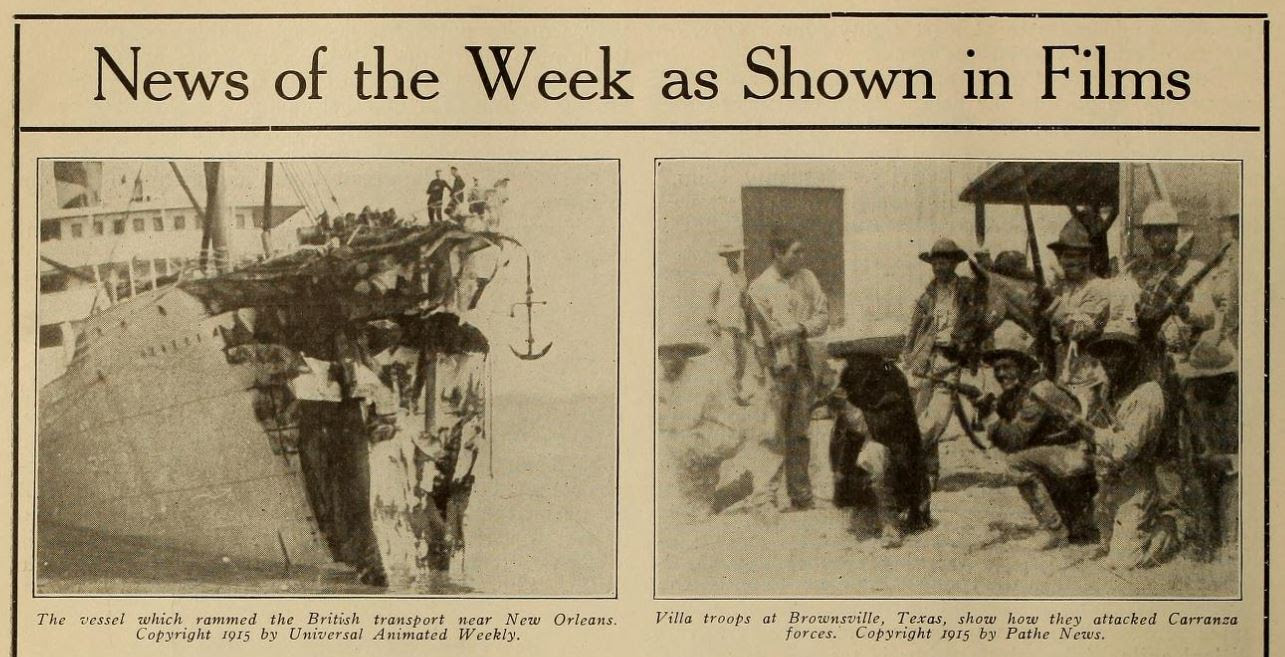 "The vessel which rammed the British transport near New Orleans.  Copyright 1915 by Universal Animated Weekly."  On 30-March-1915, the United Fruit Company liner Heredia rammed liner Parisian near the mouth of the Mississippi, then swerved off and sank steamer Weems.  This is the same photo we saw for a report from Pathe News:
http://bigvriotsquad.blogspot.com/2015/04/news-of-week-april-24-1915-april-24-2015.html

"Elevated trains leap tracks and tie up traffic in New York.  Copyright 1915 Hearst-Selig News Pictorial."  I have not been able to find anything about this accident.

"Germans patrolling coast of Belgium with motor boats.  opyright 1915 by Universal Animated Weekly."  The British had plans to launch an amphibious invasion of the Belgian coast.
Posted by Joe Thompson at 10:00 AM