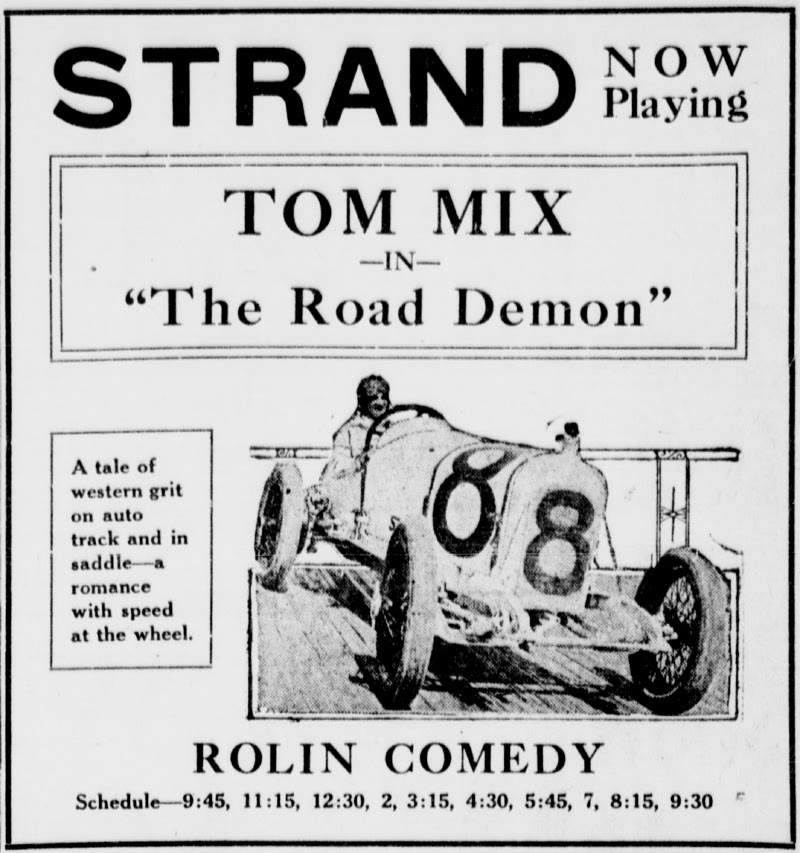 Tom Mix was the biggest cowboy star in silent movies.  He and his horse Tony had many adventures in Fox films.

"A tale of western grit on auto track and in saddle -- a romance with speed at the wheel."

Tom Mix made The Road Demon, a western with racing cars, for Fox Films in 1921. I think this is a rare combination. Note that he is driving on a board track. These were popular for auto racing till the early 1920s. I have visited the memorial near Florence, Arizona where Tom Mix died in a fast car.

Rolin was a company founded by Hal Roach and Dan Linthicum. Harold Lloyd was their first comedy star. By 1921, I think his name would have appeared in the ad.