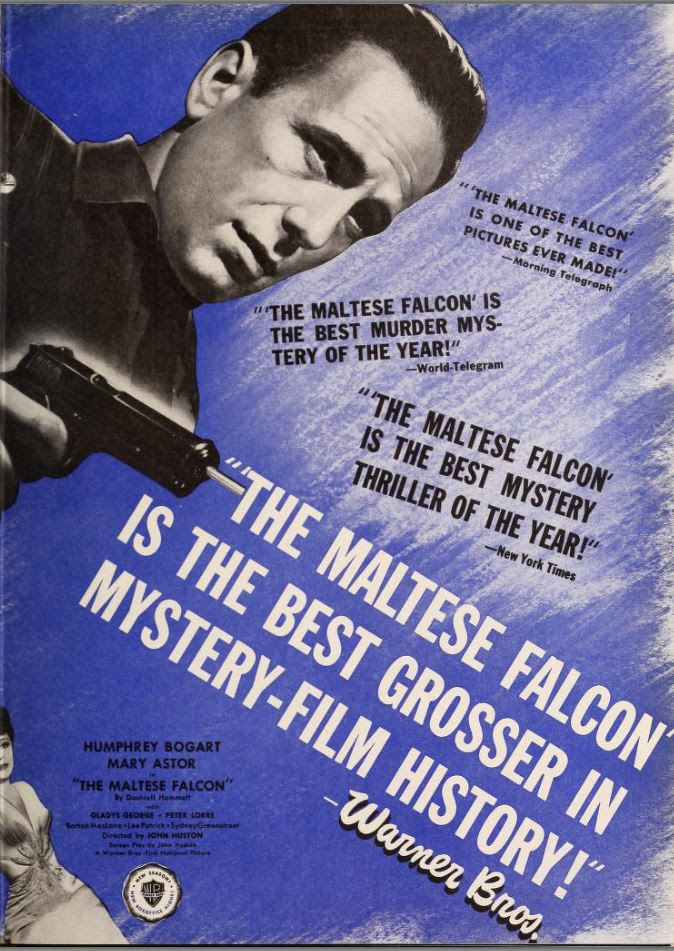 Dashiell Hammett's The Maltese Falcon was first published in three issues of The Black Mask in 1929.

Warner Brothers released an adaption in 1931.  It featured Bebe Daniels as Brigid, Ricardo Cortez as Sam, Una Merkel as Effie, and Thelma Todd as Mrs Archer.  Warners made a loose adaption in 1936 called Satan Met a Lady.  It featured Bette Davis as sort-of Brigid, Warren William as sort-of Sam and a female sort-of Gutman.   John Huston made another version in 1941, which was the first movie he directed.  I saw all three versions in a triple feature at the Richelieu Theater, at Geary and Van Ness.