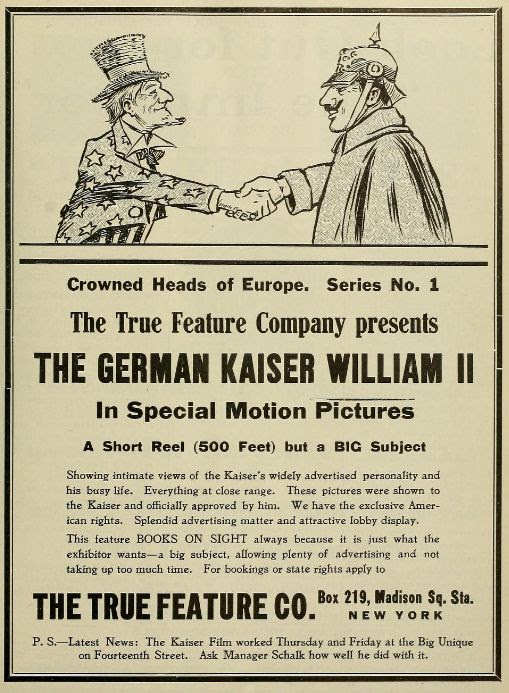 With the 100th anniversary of the start of World War One coming up in a few months, I thought it might be interesting to look at the state of relations between the United States and the German Empire.  In this ad from the 05-April-1913 Moving Picture World, Uncle Sam shakes hands with German Emperor Wilhelm II.  This was described as an entry in the "Crowned Heads of Europe" series from the True Feature Company.  "A Short Reel (500 feet) but a BIG Subject."  Many German-Americans were proud of the economic and scientific achievements of Germany since unification in 1871 under the Kaiser's grandfather, Wilhelm I.

"These pictures were shown to the Kaiser and officially approved by him."

Many people still blame the Kaiser and his ham-handed foreign policies for the war.  It wasn't that simple, but he deserved a share of the blame.
Posted by Joe Thompson at 10:00 AM