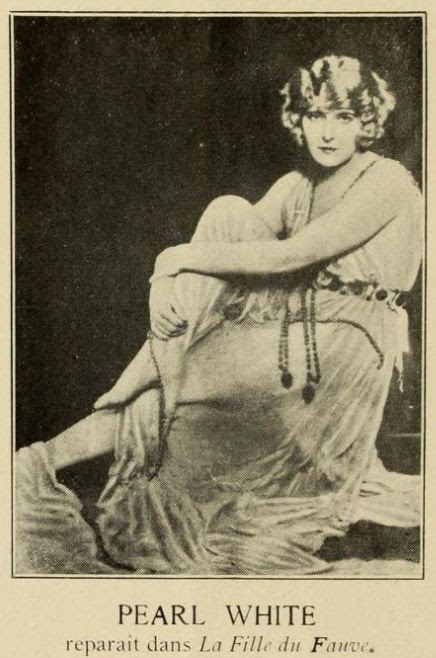 Actress Pearl White was the first and best-remembered serial queen, starring in The Perils of Pauline in 1914.  She was famous for performing her own stunts.  She was born 125 years ago, on 04-March-1889.  She died in 1938.

Other posts about Pearl White:
Pearl of the Army
The Iron Claw 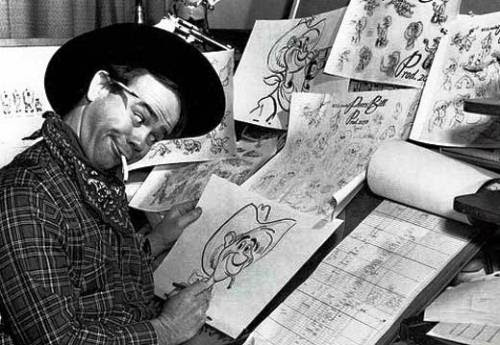 Animator Ward Kimball worked on many Disney films, including the features Dumbo and Alice in wonderland and the shorts "Toot Whistle Plunk and Boom" and "It's Tough to Be a Bird."  Kimball was a fan of traditional jazz.  He founded the Firehouse Five Plus Two which recorded albums and performed at Disneyland.  He was a dedicated railfan who had a narrow gauge railroad, the Grizzly Flats Railraod, in his back yard. 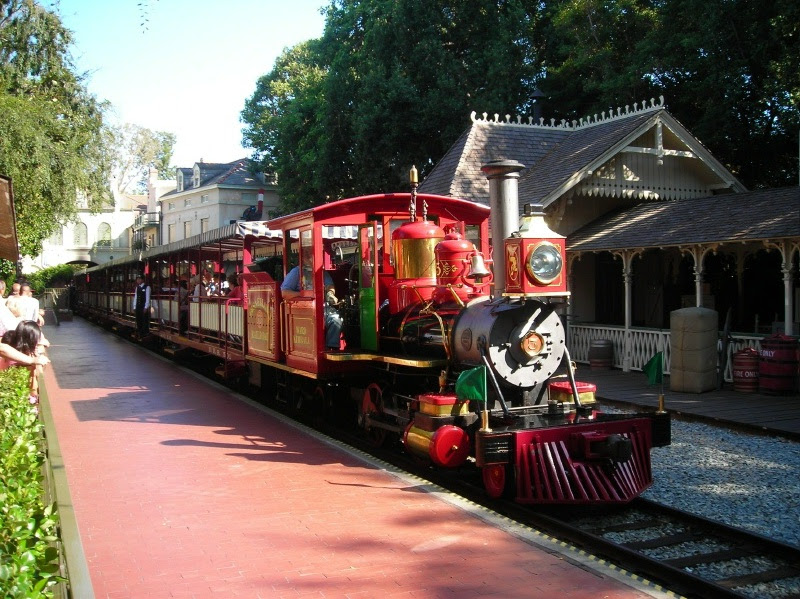 Disneyland Railroad Number 5, the Ward Kimball, premiered at Disneyland on 25-June-2005.  Kimball designed the gold Jiminy Crickets on the sides of the headlight. Number 5, a 2-4-4T, was built by Baldwin in 1902 as an 0-4-4T for a plantation railroad in Louisiana. This was Disneyland's first new locomotive since 1959. Disney acquired Number 5 in a trade with Cedar Point, an amusement park in Ohio, where it had operated as Number 1, the Maud L, from 1963 to the early 1990's. Cedar Point had added the leading pony truck. In return for Maud L, Cedar Point received the first Ward Kimball, a Davenport 2-4-4T which Disney had intended to operate on the Disneyland Railroad, but which proved to be too heavy for the bridge at Critter Country. The locomotive went to Walt Disney World in Florida, where it proved to be too light (!). The new Ward Kimball sat in storage until 2004, when restoration began at Boschan Boiler & Restorations.  I took the photo on July, 2007.  Learn more about it on my Park Trains and Tourist Trains page.

Amid Amidi has written a biography of Ward Kimball, Full Steam Ahead: The Life and Art of Ward Kimball, but it appears that the Disney company has blocked its publication.
Posted by Joe Thompson at 12:30 AM