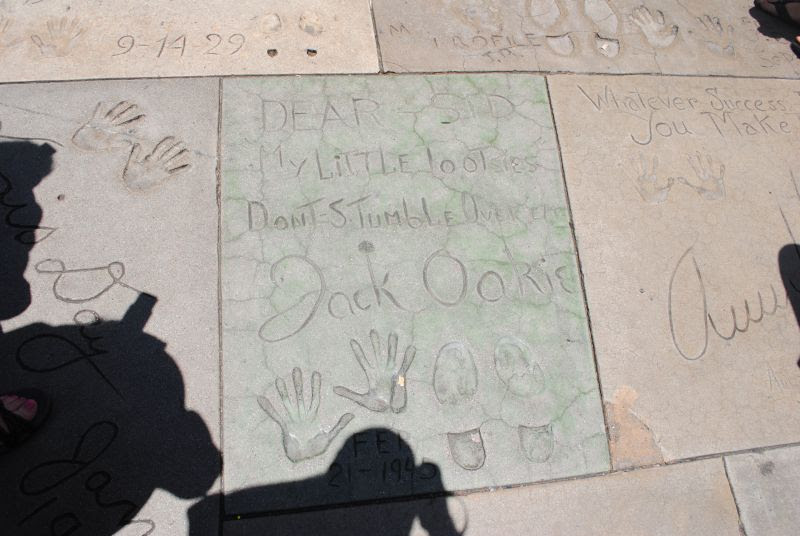 Jack Oakie left his hand and footprints in the forecourt on 21-February-1945. I remember him best as Benzino Napolini, a parody of Italian dictator Benito Mussolini, in Charlie Chaplin's The Great Dictator.  Oakie almost always played loud, over-the-top characters.  Some people can't stand him.  I can stand him.  (31/DSC_0051.JPG) 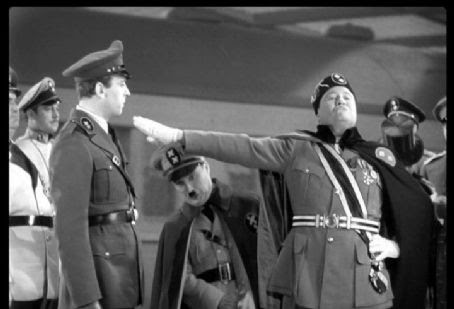