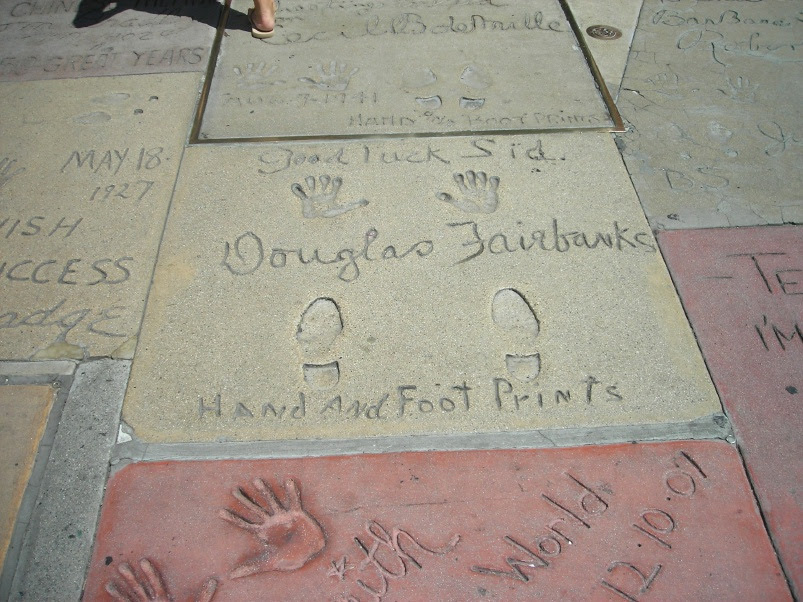 I recently finished my series of photos taken at Grauman's Chinese. I started it on my other blog in 2009-2010, then picked it up again after a visit in 2012 (http://cablecarguy.blogspot.com/search/label/Grauman%27s%20Chinese). I moved it here when I started this blog in 2014, and finished it two months ago. Last month I thought I would start rerunning the series, adding photos of the people and animals who left their hand/foot/nose/profile/leg/hoof prints in the concrete.

Mary Pickford and her husband Douglas Fairbanks were the first people to leave hand and footprints in the forecourt of Sid Grauman's Chinese Theater in Hollywood, on 30-April-1927. No one was paying attention to Miss Pickford, but some people were looking at Doug, perhaps thinking about Hedley LaMarr's last words in Blazing Saddles. DSCN4144.

One of his best-remembered movies is The Thief of Baghdad.