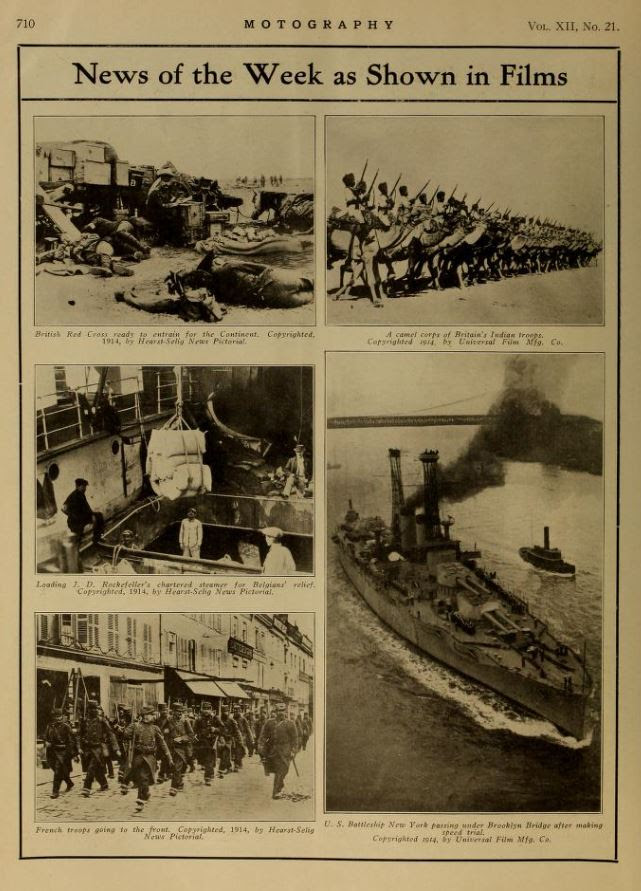 The 21-November-1914 Motography featured "News of the Week as Shown in Films," with items from current newsreels. 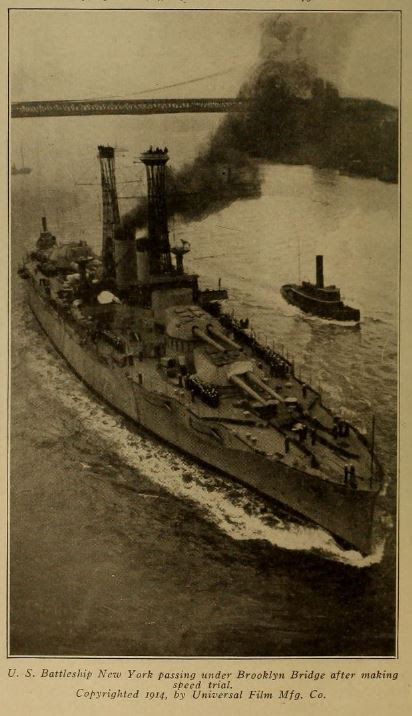 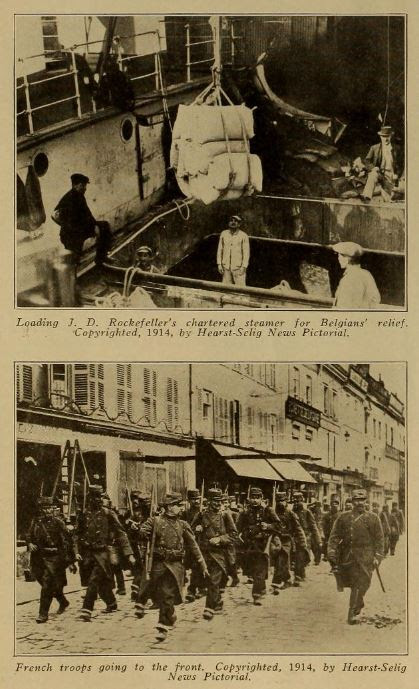 "French troops going to the front.  Copyrighted 1914 by Hearst-Selig News Pictorial."  You can't see it in the photo, but their trousers would have been bright red and their coats would have been blue.
Posted by Joe Thompson at 10:00 AM