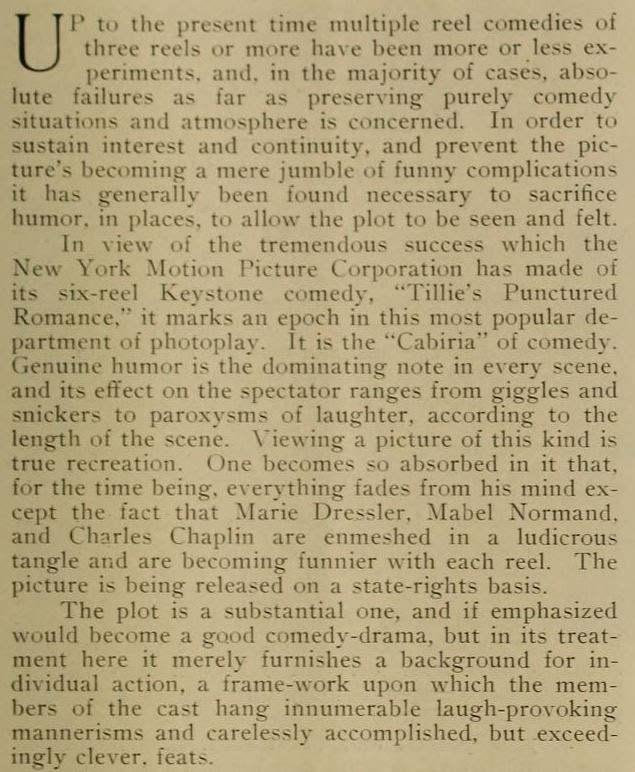 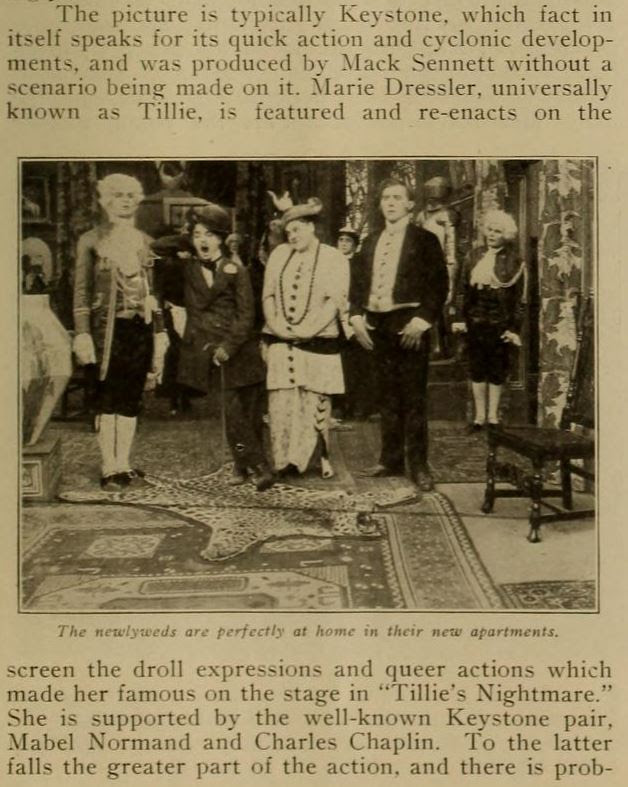 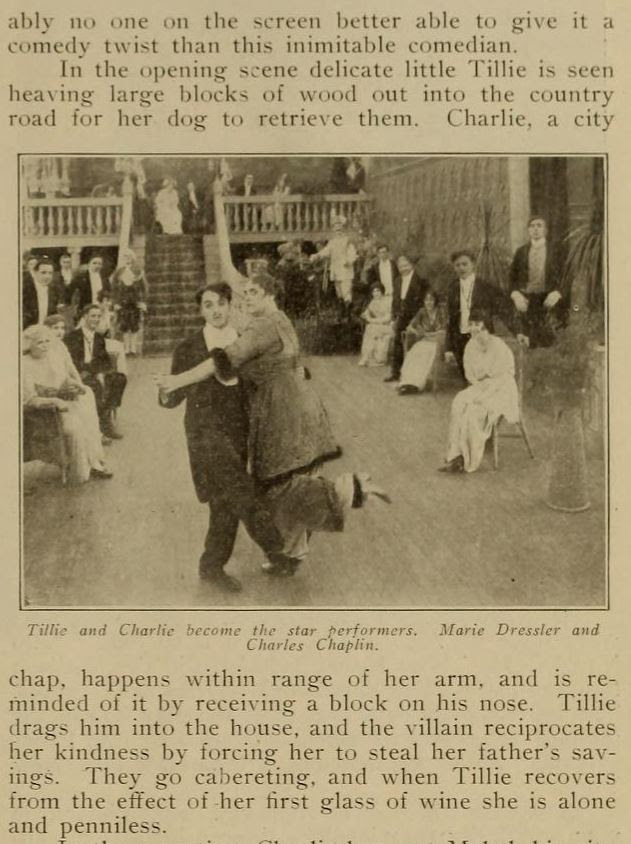 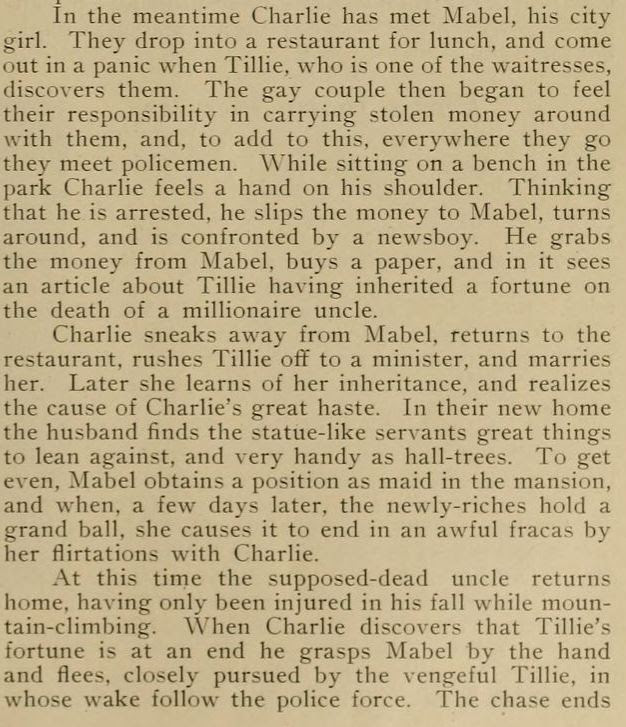 "Up to the present time multiple reel comedies of three reels or more have been more or less experiments, and , in the majority of cases, absolute failures..."  "It is the 'Cabiria' of comedy."  "She is supported by the well-known Keystone pair, Mabel Normand and Charles Chaplin.  To the latter falls the greater part of the action, and there is probably no one on the screen better able to give it a comedy twist than this inimitable comic."

If you would like to see the movie, there are many poor-quality version available.  It has recently been restored.  I want to see that version.