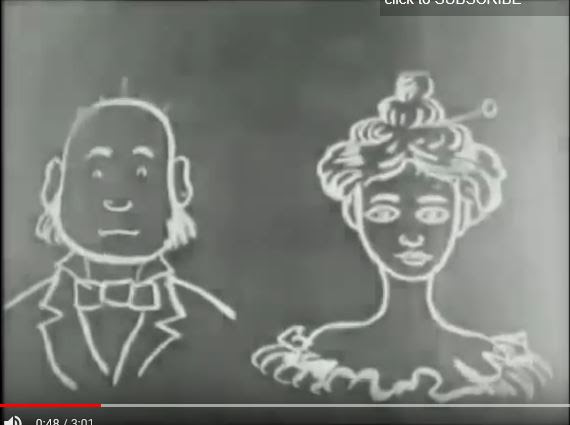 This post is part of the Springtime Silent Movie Challenge: In the Beginning..., hosted by Fritzi at Movies Silently. "Here’s the challenge. Before June 21, 2018, you will:
"Watch 5 movies made between 1906 and 1914
"Watch 5 movies made in 1905 or before
"Share your experience on your blog, on social media or here in the comments (I will set up a special post for the purpose to publish on June 21)"

For my five movies made between 1906 and 1914, I thought I would continue to look at some pioneering efforts.

My sixth film, my first from 1906-1914, may be the first animated movie shot on motion picture film, and it is one of the earliest to feature animation using drawings.

"Humorous Phases of Funny Faces" was made by J Stuart Blackton, who was one of the founders of the Vitagraph Company, an important early film studio. Blackton had been an artist for the New York World.  He also appeared onstage with conjuror Albert Smith.  Blackton and Smith, along with William "Pop" Rock founded Vitagraph in 1897.

Please excuse the music. You might want to mute it. 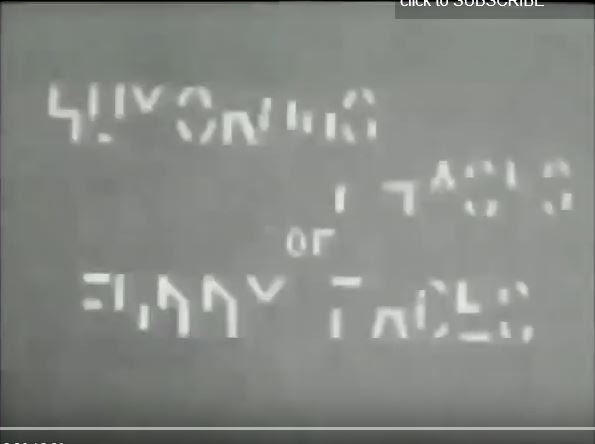 "Humorous Phases of Funny Faces" begins with a title which we see being assembled using stop motion. 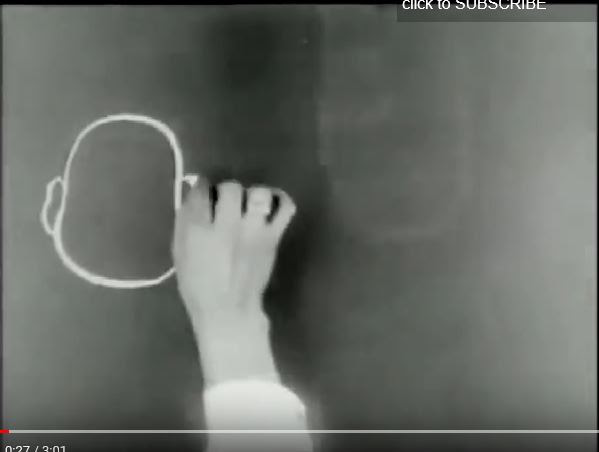 We see a hand with a piece of chalk draw a man's head, as Blackton did in his lightning sketch artist act.  The shot was probably undercranked to make it run faster.  When the man's head is done, we see a woman's head drawn without the hand or the chalk being visible except when Blackton accidentally exposed a frame with them in the shot.  This happened to me many times when I did object animation. 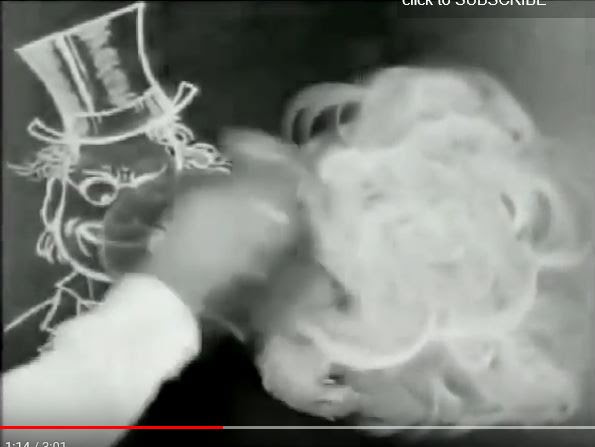 The man's eyes roll around and look at the woman.  She winks at him and he smiles.  His hair begins to grow wildly and she stops smiling.  A large cigar springs up in his mouth and he begins blowing smoke, which envelops her in a cloud.  She looks shocked just before she disappears and a top hat appears on his head.  All of this is animated smoothly.  A hand with an eraser erases the blackboard. 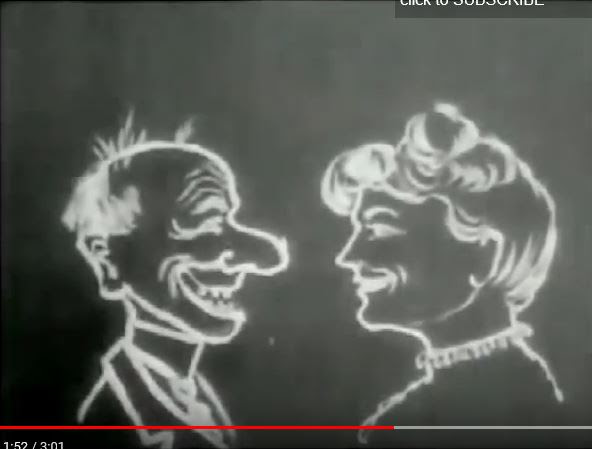 Then a portly man with an umbrella and a derby hat is drawn in animation.  He flips his umbrella and doffs his hat.  Suddenly he is replaced by an abstract spiral.  The spiral winds away and a picture of a woman and an ugly man facing each other gradually becomes clear.  Then they gradually get erased. 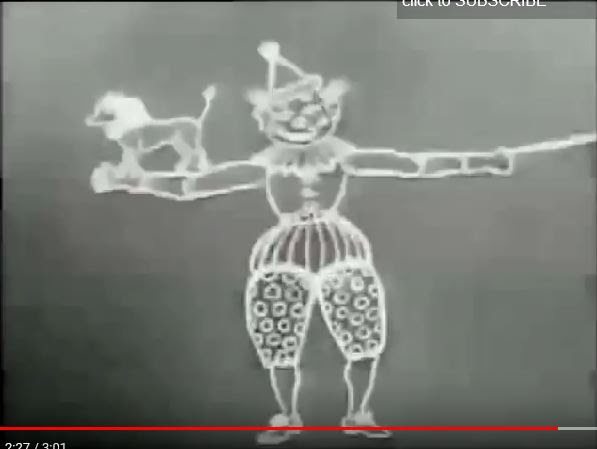 The scene changes to a show a clown.  When his arms start to move, we can see that they are jointed cut-outs.  He does tricks with his hat and then with a small dog.  The hand appears again and erases the dog and half of the clown.  The clown moves a little bit more, and then the hand erases the rest.  The hand draws patterns in the cloud of erased chalk, and then the movie ends abruptly. 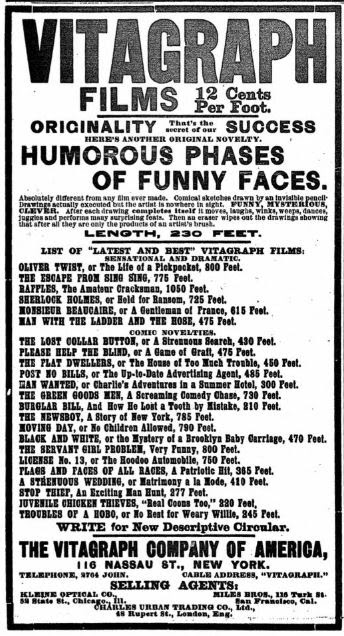 This ad from the 07-April-1906 New York Clipper says "Originality.  That's the secret of our success.  Here's another original novelty.  HUMOROUS PHASES OF FUNNY FACES.  Absolutely different from any film ever made.  Comical sketches drawn by an invisible pencil.  Drawings actually executed but the artist is nowhere in sight.  FUNNY, MYSTERIOUS, CLEVER.  After each drawing completes itself it moves, laughs, winks, weeps, dances, juggles and performs many surprising feats.  Then an eraser wipes out the drawings showing that after all they are only the products of an artist's brush."  I'd like to see "Sherlock Holmes, or Held for Ransom."

Here are some illustrations from "The History of the Animated Film Cartoons" by Earl Theisen (International Projectionist, November, 1933).  "Figs. 3 to 6.  Copies from specimens of cartoon films made by Blackton in 1906 (Fig. 3, picture of Blackton doing a chalk talk in his 1906 cartoon)."  Note that Figures 4 and 5 are both reversed from their appearance in the movie and are drawn in black on white.  The chalkboard effect must have come from printing from a positive to a negative.

If you are interested in the beginnings of animation, "Humorous Phases of Funny Faces" is worth viewing.  It is rough, but it is fun to watch.