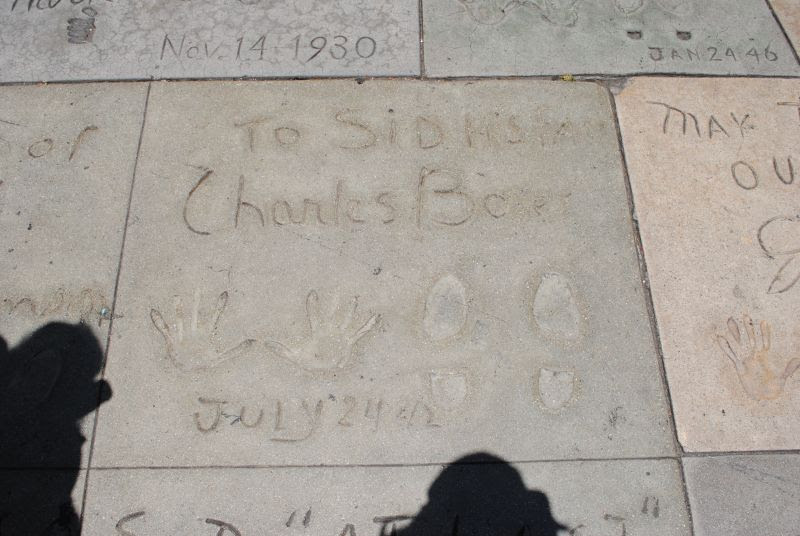 In July, 2012 we paid a return visit to Hollywood and Grauman's Chinese Theater. Sid Grauman was a San Francisco showman who came to Los Angeles and built three major houses, the Million Dollar, the Egyptian, and the Chinese. The theater has hosted many film premieres, but is most famous for the hand and footprints (and hoofprints and nose prints and other types of prints) in the forecourt.

French actor Charles Boyer left his hand and footprints in the forecourt on 24-July-1942. He appeared in some interesting movies in France and the US, like Algiers, Gaslight and The Constant Nymph. His voice inspired the Warner Brothers cartoon character Pepe Le Pew. He was a chevalier of the Légion d'honneur. (31/DSC_0049.JPG)