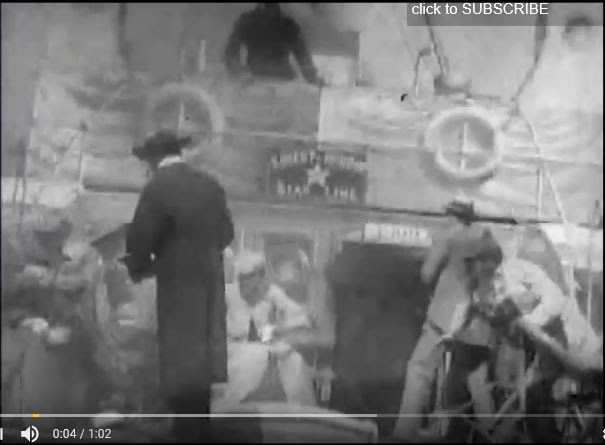 This post is part of the Springtime Silent Movie Challenge: In the Beginning..., hosted by Fritzi at Movies Silently. "Here’s the challenge. Before June 21, 2018, you will:
"Watch 5 movies made between 1906 and 1914
"Watch 5 movies made in 1905 or before
"Share your experience on your blog, on social media or here in the comments (I will set up a special post for the purpose to publish on June 21)"

For my five 1905 or before movies, I thought I would look at some pioneering efforts.

My fifth film has been called the first film to bear a trademark.  In the early days of the movie industry, prints were often duplicated ("duped") and sold by unscrupulous dealers.  Having a trademark embedded in the film helped to protect the producer.


When I first started watching movies from the late 19th and early 20th Centuries, I noticed that many of them had logos painted on or otherwise included in their sets. 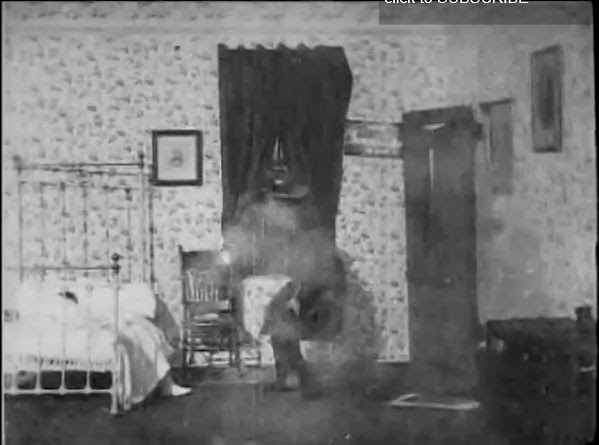 In this shot from William S Porter's 1903 "Life of an American Fireman," a Thomas Edison sign hangs to the right of the window in the burning room. 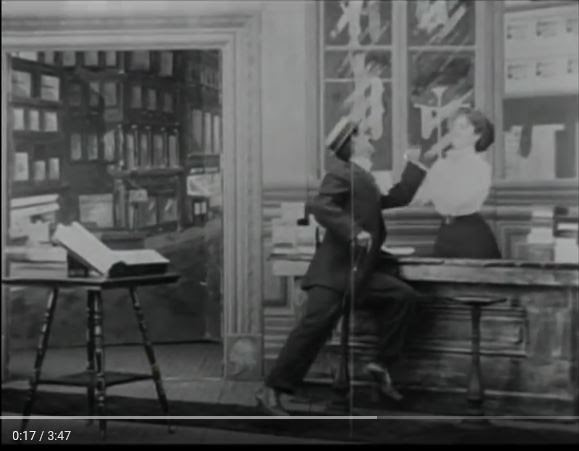 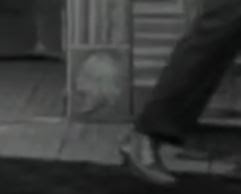 In this shot from Essanay's 1909 "Mr Flip," Essanay's Indian head logo is at the bottom of the doorframe.

Georges Méliès, seen here in a study that he drew for his 1901 film "L'Homme à la tête en caoutchouc" ("The Man With the India Rubber Head"), was a magician who quickly saw the possibilities of the moving pictures.  His Star Film Company produced hundreds of films between 1896 and 1912.  Number 112 in the Star Film catalog is "Entre Calais et Douvres" ("Between Calais and Dover"), produced in 1897.

The film is set on a packet boat which carried passengers across the English Channel, a body of water known for violent seas. 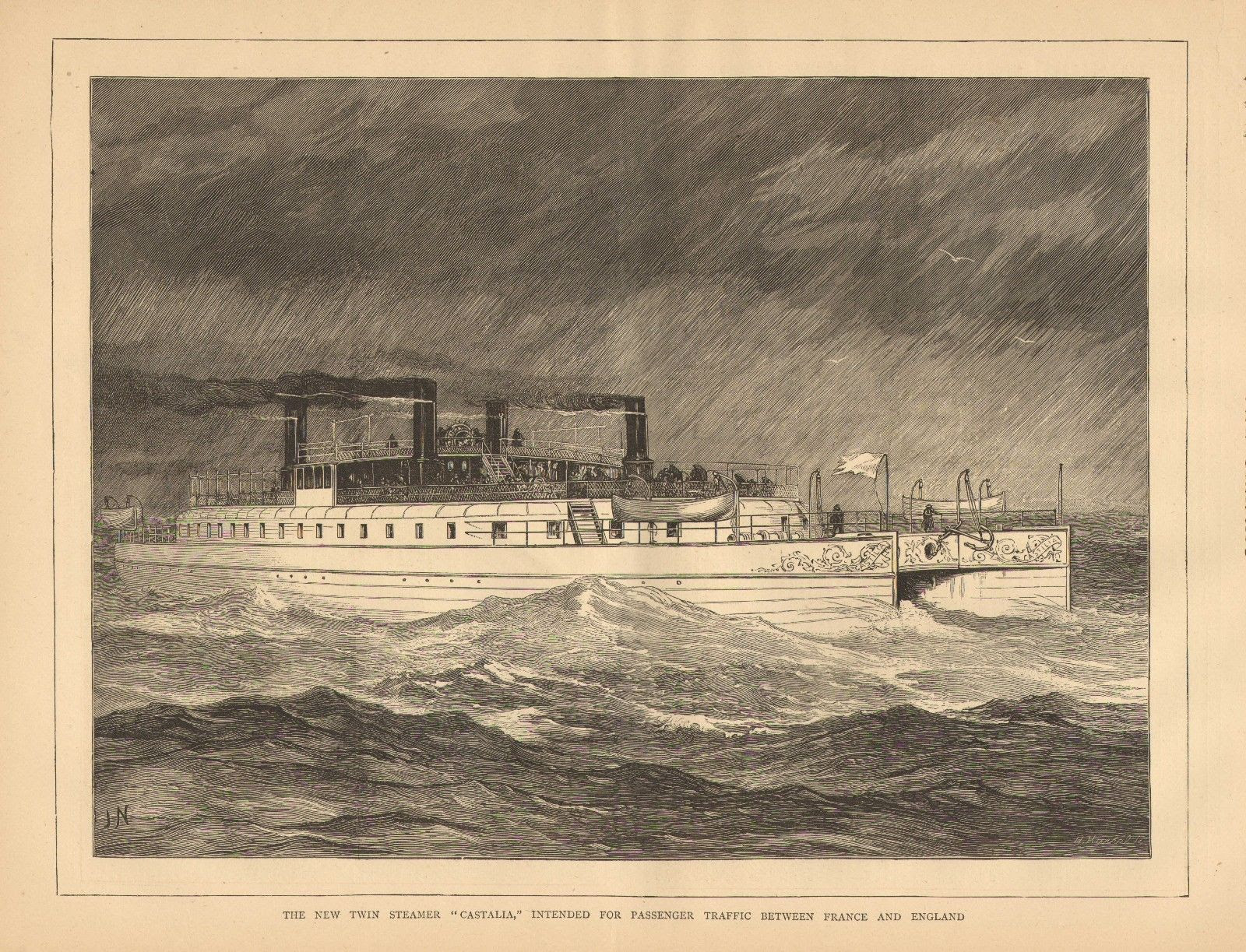 Here is an 1874 view of the packet boat Castalia enjoying the balmy weather on the Channel.

"Between Calais and Dover" uses a moving platform, designed by Méliès, to simulate the rocking of a boat.  The captain on the bridge stands firmly while the passengers get tossed all about.  The man who can't get his table and chair to stand up is Georges Méliès.

Below the captain, on the front of the bridge, is a sign that says "Robert Houdin Star Line."  Georges Méliès operated the Théâtre Robert-Houdin.  I had always assumed that this was the logo, but sources say that somewhere in the scene are the initials "M. R." for Méliès and Lucien Reulos, who was his partner. I have never been able to find them.