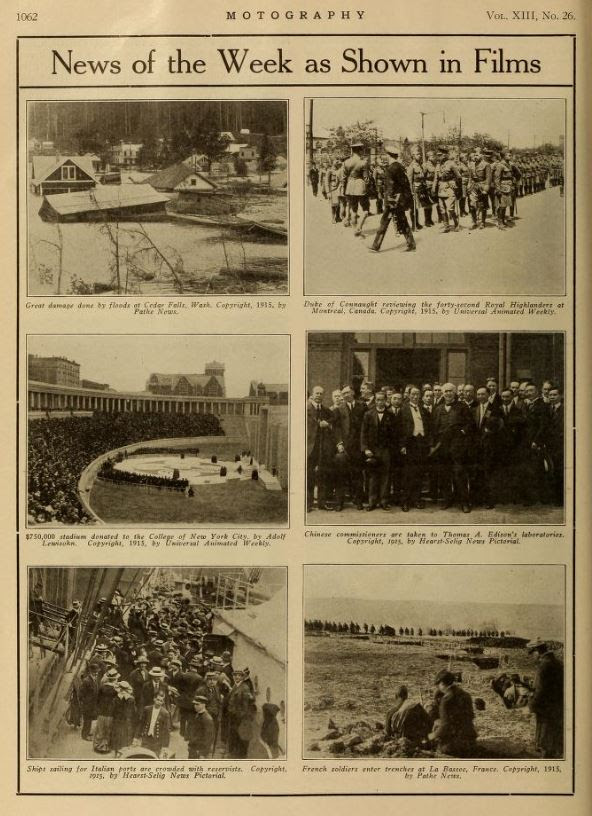 The 26-June-1915 Motography featured "News of the Week as Shown in Films," with items from current newsreels. 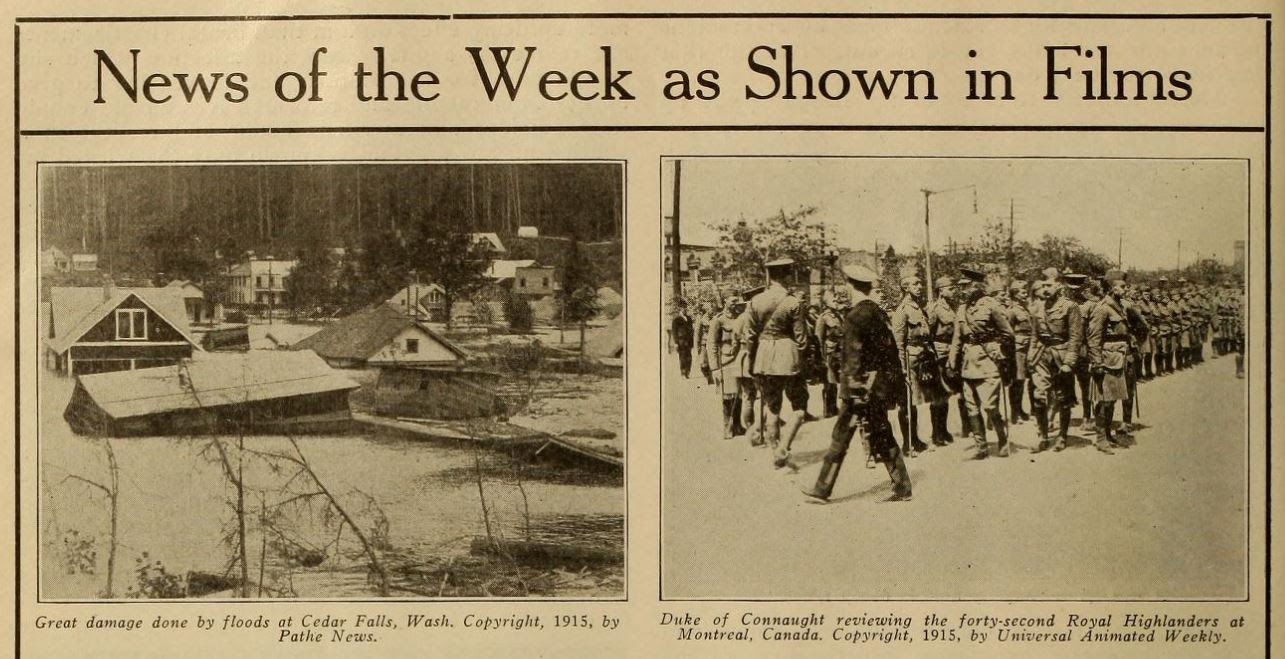 "Duke of Connaught reviewing the forty-second Royal Highlanders at Montreal, Canada.  Copyright 1915 by Universal Animated Weekly."  Prince Arthur, the Duke of Connaught and Governor General of Canada, was a son of Queen Victoria.

"Chinese commissioners are taken to Thomas A. Edison's laboratories.  Copyright 1915 Hearst-Selig News Pictorial."  The commission travelled across the country from San Francisco.

"French soldiers enter trenches at Las Bassee, France.  Copyright 1915 by Pathe News."  Most of the war was fought in trenches.  La Bassée is in northern France.
Posted by Joe Thompson at 10:00 AM