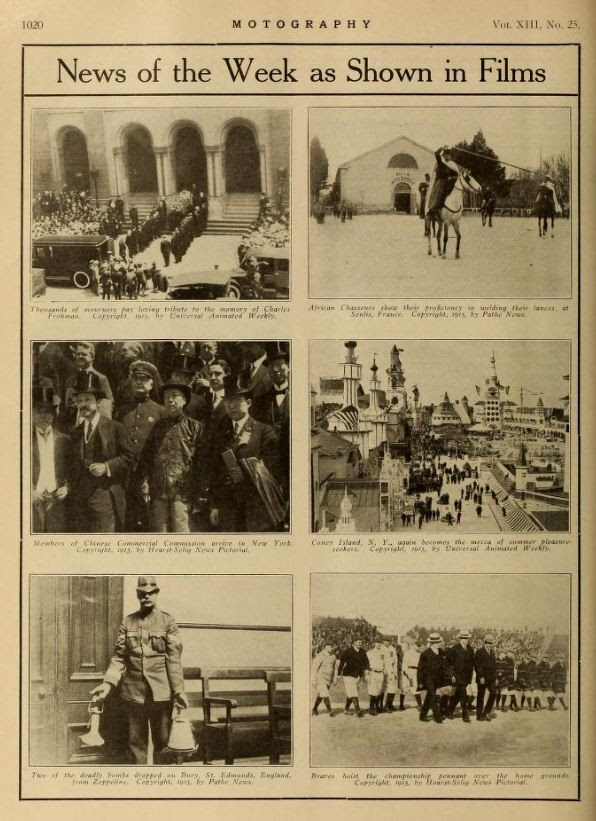 The 19-June-1915 Motography featured "News of the Week as Shown in Films," with items from current newsreels. 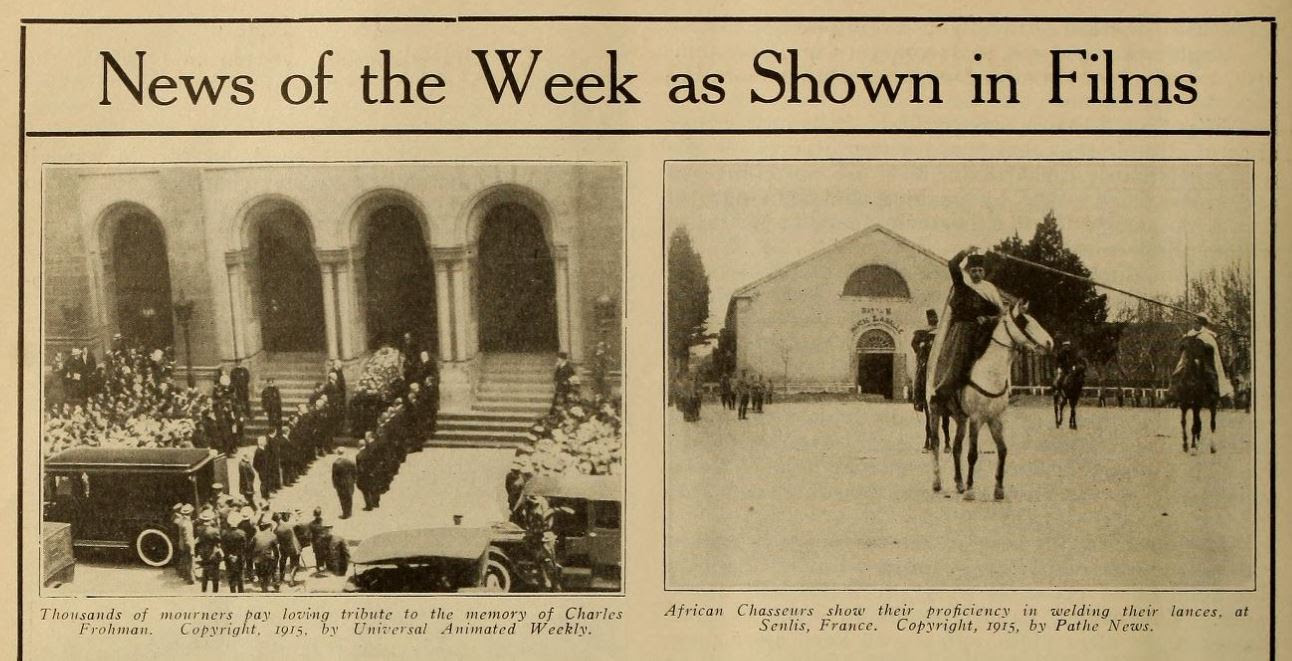 "Thousands of mourners pay loving tribute to the memory of Charles Frohman.  Copyright 1915 by Universal Animated Weekly."  Theatrical producer Charles Frohman died in the sinking of the Lusitania.

"African Chausseurs show their proficiency in welding (sic - wielding? - JT) their lances, at Seulis, France.  Copyright 1915 by Pathe News."   The Chasseurs d'Afrique were a light cavalry regiment in the French Army.

"Coney Island, N. Y., again becomes the mecca of summer pleasure-seekers.   Copyright 1915 by Universal Animated Weekly."  I wonder if that is Luna Park.

"Two of the deadly bombs dropped on Bury St. Edmunds, England from Zeppelins.  Copyright 1915 by Pathe News."   I guess that is a British policeman holding two duds.

"Braves  hoist the championship pennant over the home grounds.  Copyright 1915 Hearst-Selig News Pictorial."  The Miracle Braves won the 1914 World Series after being in last place on July 4.  They defeated the Philadelphia Athletics in the World Series.
Posted by Joe Thompson at 10:00 AM