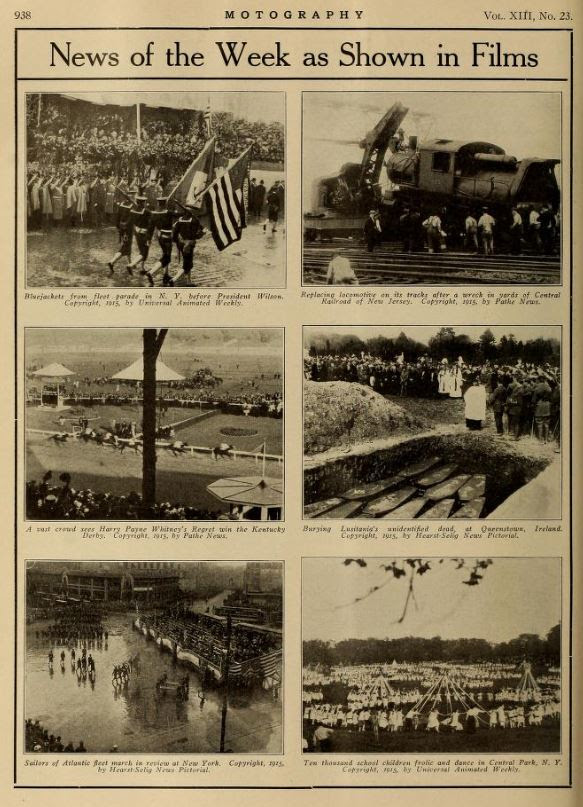 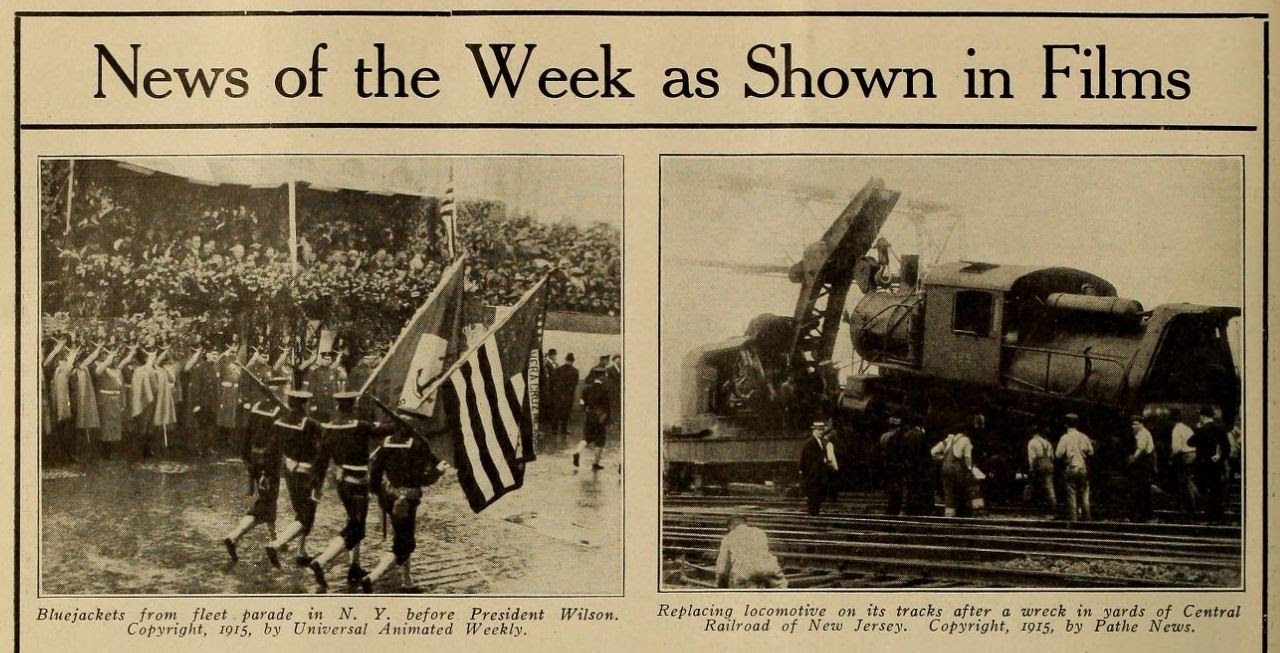 "Bluejackets from fleet parade in N. Y. before President Wilson.  Copyright 1915 by Universal Animated Weekly."  The Navy's Atlantic fleet visited New York to take part in a review before President Wilson.
"Replacing locomotive on its tracks after a wreck in the yards of Central Railroad of New Jersey.  Copyright 1915 by Pathe News."  The locomotive is called a Camelback or a Mother Hubbard.

"Burying Lusitania's unidentified dead, at Queenstown, Ireland.  Copyright 1915 Hearst-Selig News Pictorial."  After the Lusitania sank, many of its dead were buried at Queenstown (now Cobh), Ireland.