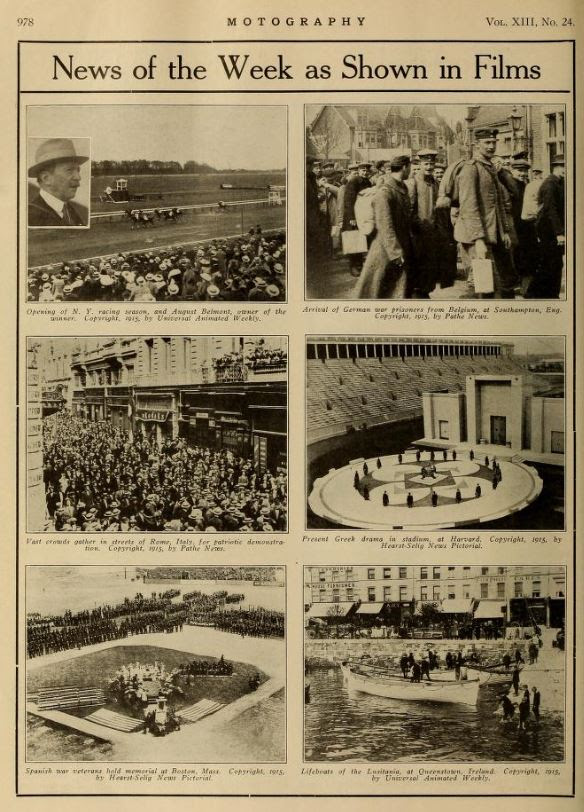 The 12-June-1915 Motography featured "News of the Week as Shown in Films," with items from current newsreels. I meant to do 05-June-1915 this week. 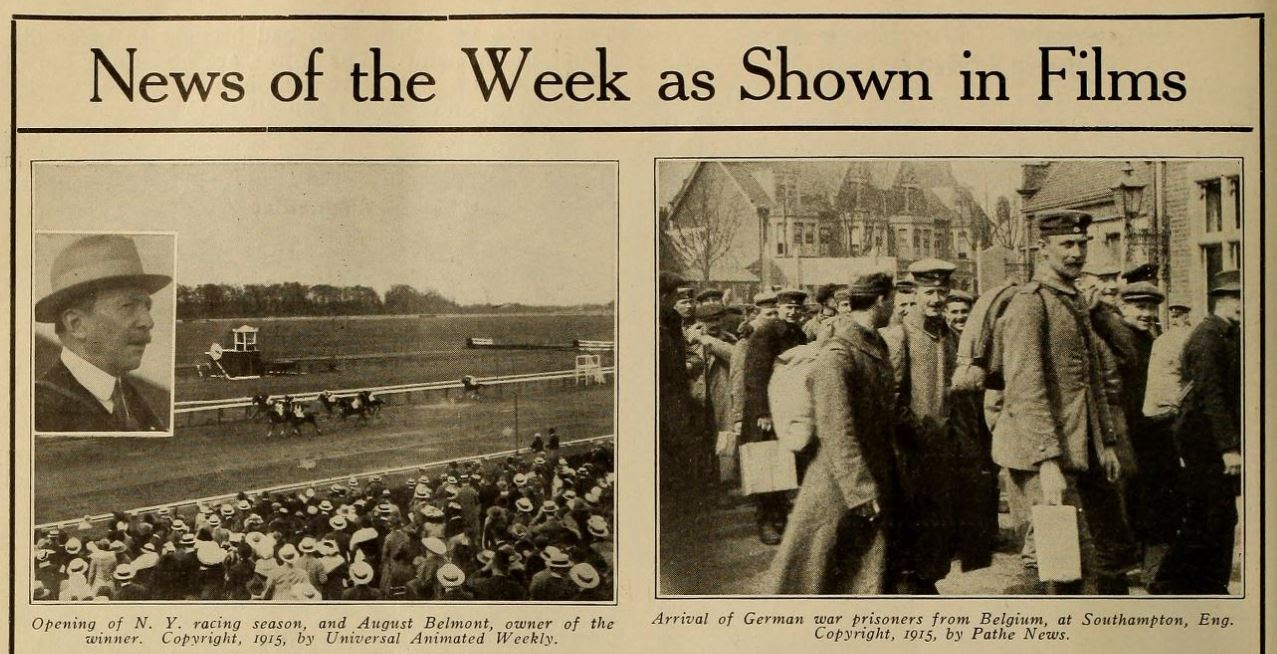 "Opening of N. Y. racing season, and August Belmont, owner of the winner.  Copyright 1915 by Universal Animated Weekly."  August Belmont, Jr. was an enthusiast of thoroughbred racing.  He bred the great champion Man O'War.  His horse Stromboli won the Metropolitan Handicap at the opening of the 1915 racing season at Belmont Park.

"Arrival of German war prisoners from Belgium at Southampton, Eng.  Copyright 1915 by Pathe News." POWs were sometimes shipped to Britain to reduce the strain on France.

"Vast crowds gather in streets of Rome, Italy for patriotic demonstration.    Copyright 1915 by Pathe News." Italy declared war on Austria-Hungary on 23-May-1915.

"Spanish war veterans hold memorial at Boston, Mass.  Copyright 1915 Hearst-Selig News Pictorial."  This may have been a Decoration Day ceremony, probably at Fenway Park.  Braves Field did not open until August.

"Lifeboats of the Lusitania, at Queenstown, Ireland.  Copyright 1915 by Universal Animated Weekly."  After the Lusitania sank, many of its lifeboats were towed to Queenstown (now Cobh), Ireland.
Posted by Joe Thompson at 10:00 AM