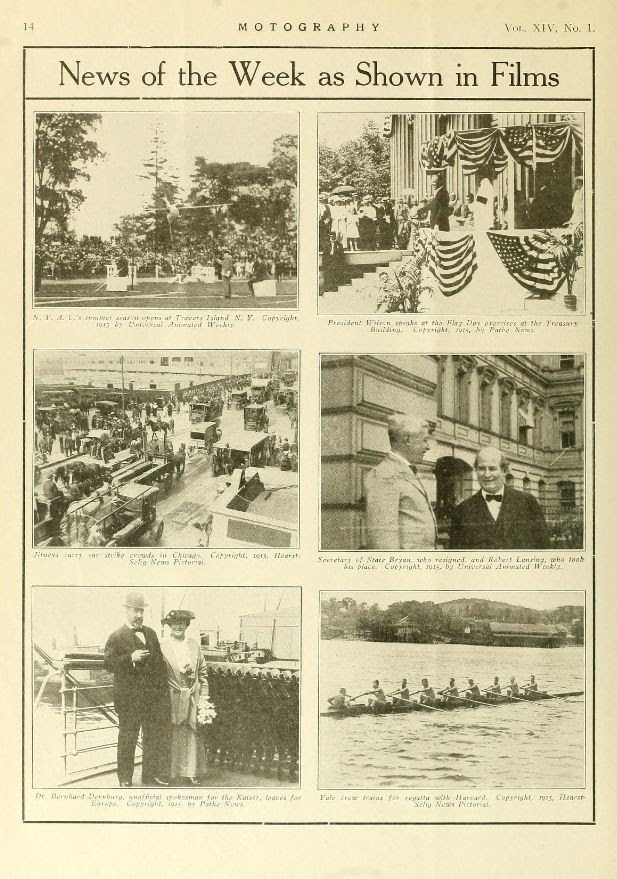 The 03-July-1915 Motography featured "News of the Week as Shown in Films," with items from current newsreels. 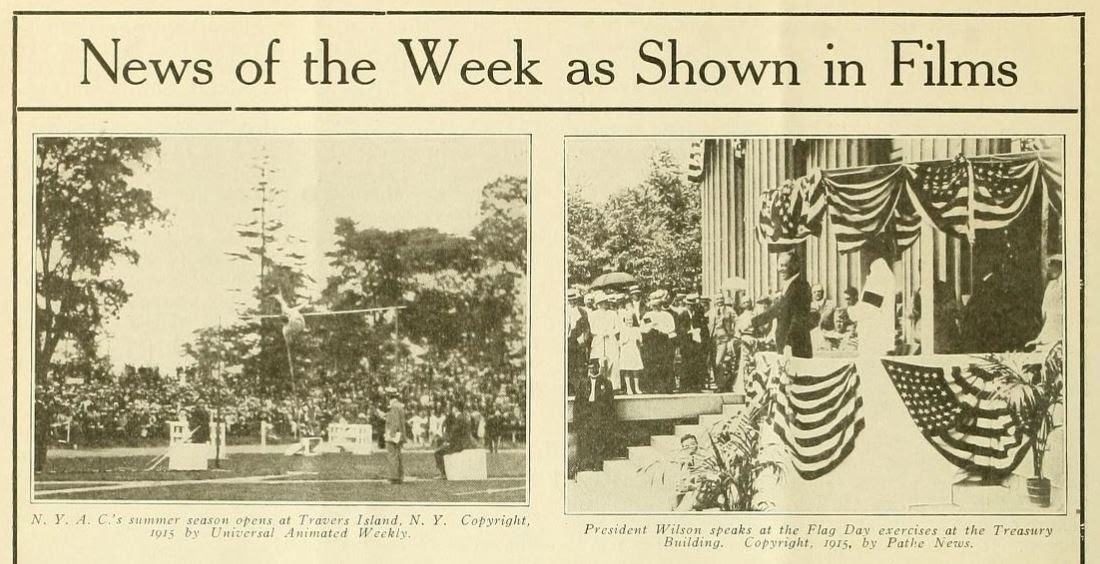 "President Wilson speaks at the Flag Day exercises at the Treasury Building.  Copyright 1915 by Pathe News."   Flag Day is celebrated on June 14.