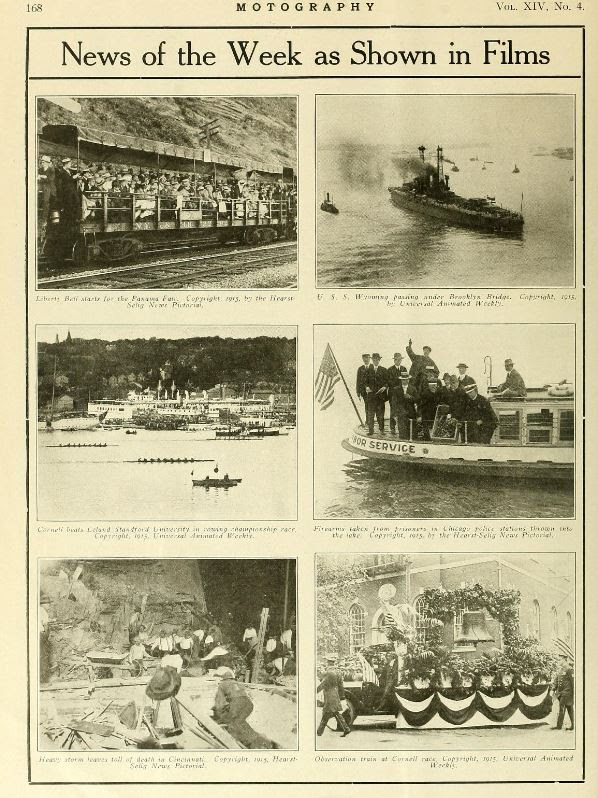 The 24-July-1915 Motography featured "News of the Week as Shown in Films," with items from current newsreels. 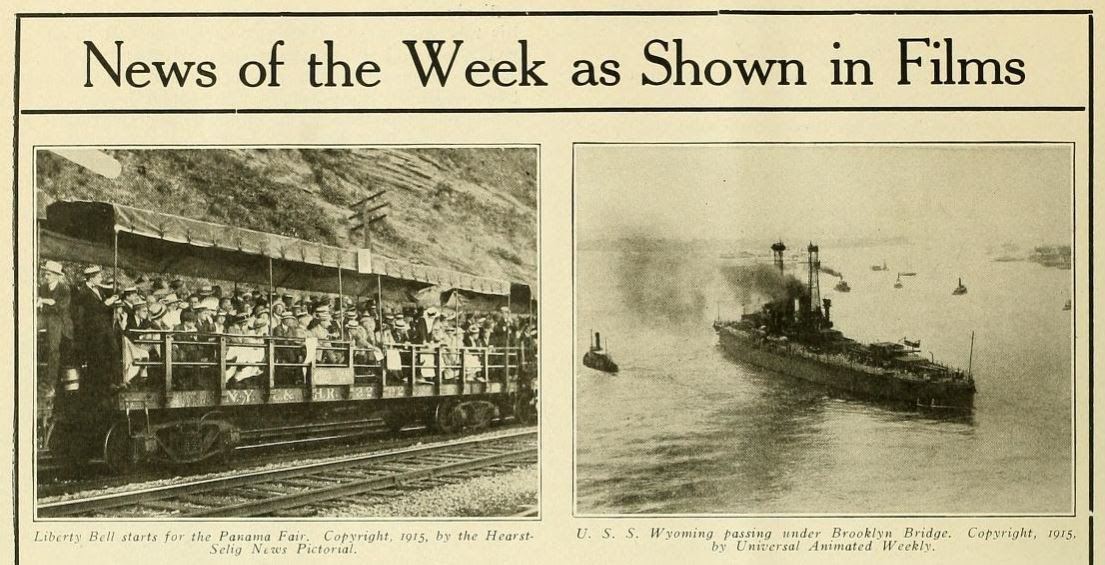 "Liberty Bell starts for the Panama Fair.  Copyright 1915 Hearst-Selig News Pictorial."   This caption is with the wrong photo.  It belongs with the one in the lower right-hand corner.  San Francisco school children raised money and persuaded Philadelphia to allow the Liberty Bell to travel to the Panama-Pacific International Exposition.

"Firearms taken from prisoners in Chicago police stations thrown into the lake.  Copyright 1915 Hearst-Selig News Pictorial."   I hope this doesn't cause people to go diving.

"Observation train at Cornell race.  Copyright 1915 by Universal Animated Weekly."  This caption belongs with the photo in the upper left-hand corner.  Rowing fans watch the race at Poughkeepsie from stands built on railroad cars.