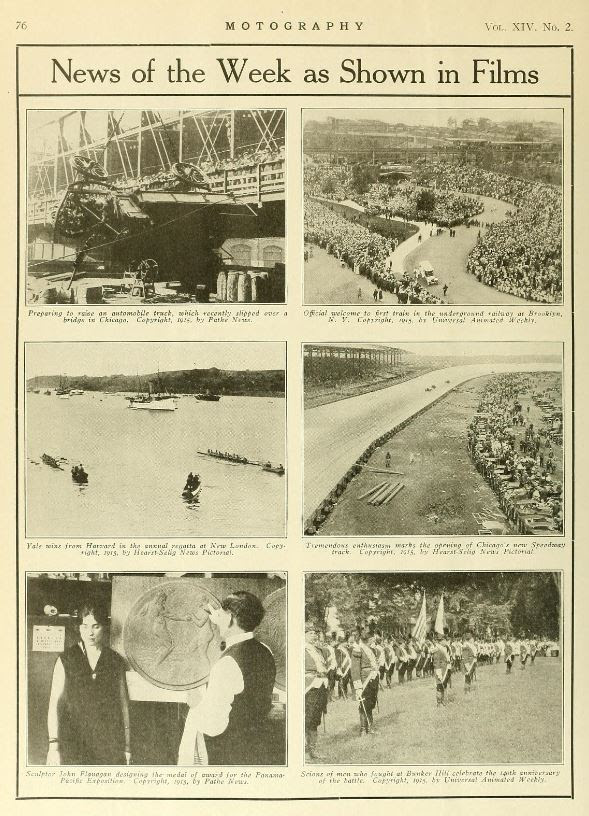 The 10-July-1915 Motography featured "News of the Week as Shown in Films," with items from current newsreels. 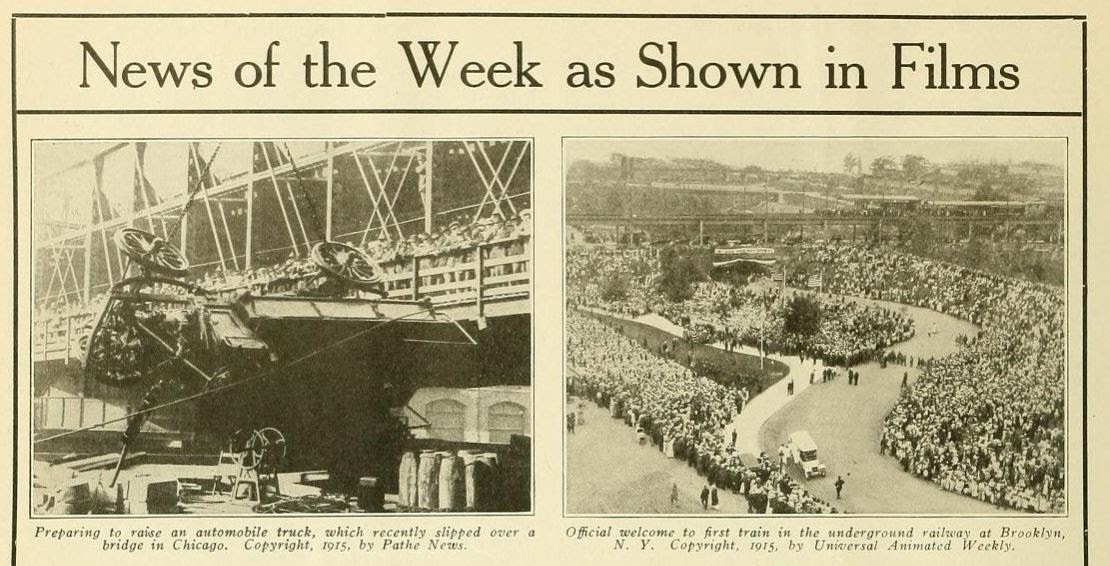 "Preparing to raise an automobile truck, which recently slipped over a bridge in Chicago.   Copyright 1915 by Pathe News."   I couldn't find anything about this incident.

"Official welcome to first train in the underground railway at Brooklyn, N. Y.  Copyright 1915 by Universal Animated Weekly."  On 22-June-1915, the Brooklyn Rapid Transit Company opened its first subway line, which still operates as the Fourth Avenue Line of the BMT Division.

"Scions of men who fought at Bunker Hill celebrate the 140th anniversary of the battle.  Copyright 1915 by Universal Animated Weekly."  Bunker Hill Day is celebrated on June 17. 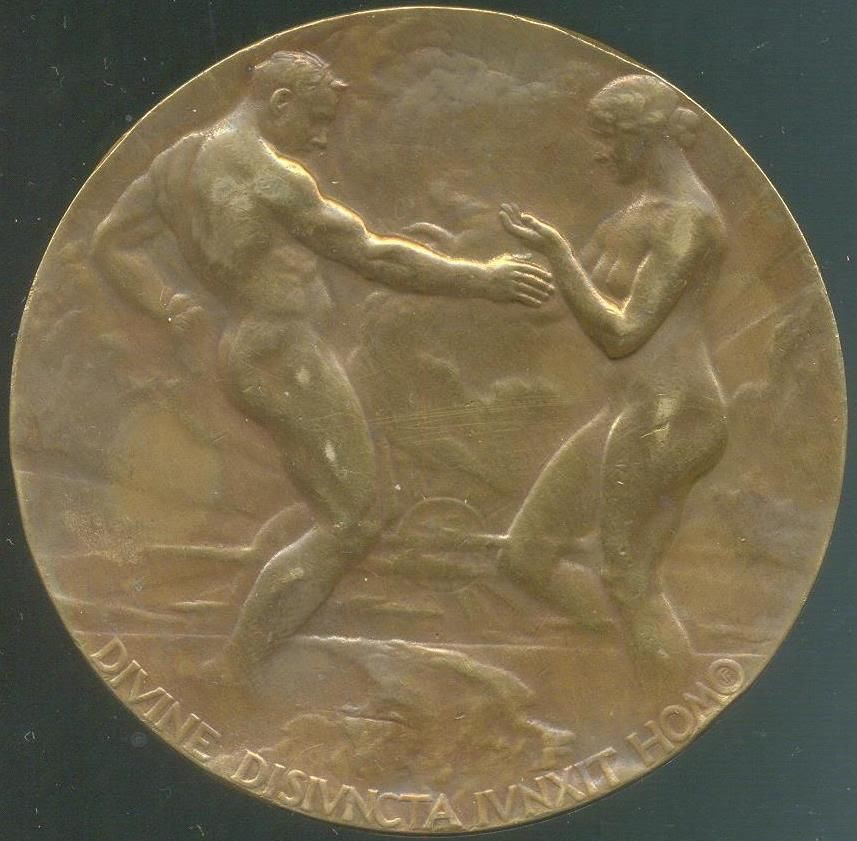