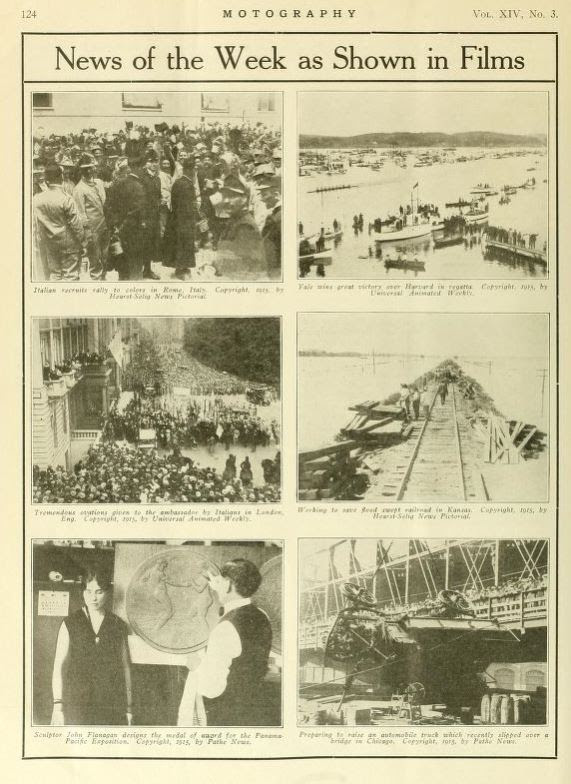 The 17-July-1915 Motography featured "News of the Week as Shown in Films," with items from current newsreels. 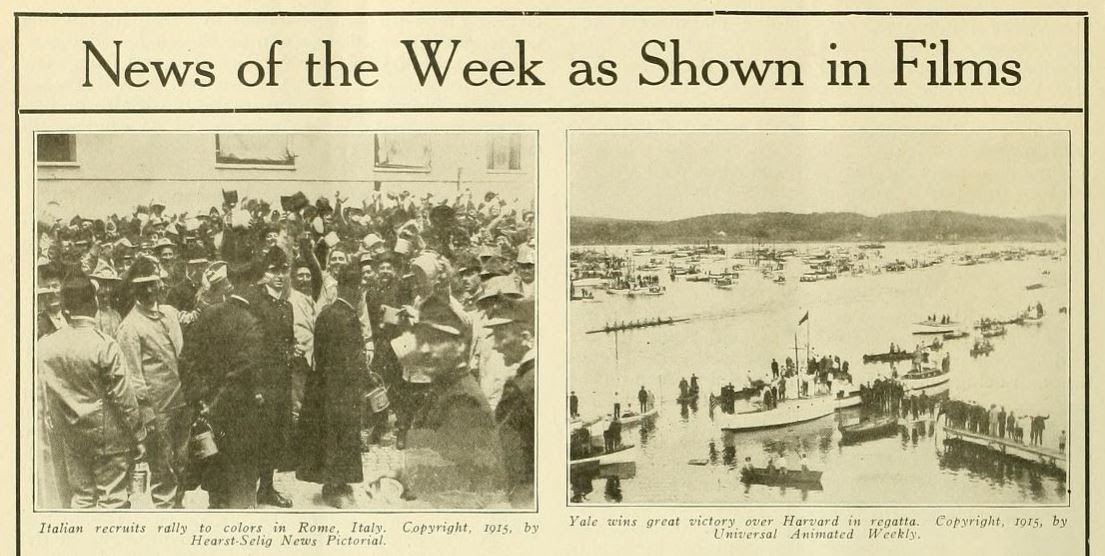 "Tremendous ovations given to the ambassador by Italians in London, Eng.  Copyright 1915 by Universal Animated Weekly."  The Italians must be celebrating their entry into the war.

"Working to save flood swept railroad in Kansas.  Copyright 1915 Hearst-Selig News Pictorial."  The The Topeka State Journal on June 19 reported "All Rivers in Kansas Full and Still Are Rising" and "State's Railroads Awash."

"Sculptor John Flanagan designing the medal of award for the Panama-Pacific Exposition.  Copyright 1915 by Pathe News."  This is a repeat of an item from last week, where we also saw an example of the medal.

"Preparing to raise an automobile truck, which recently slipped over a bridge in Chicago.   Copyright 1915 by Pathe News."   This is also a repeat of an item from last week.