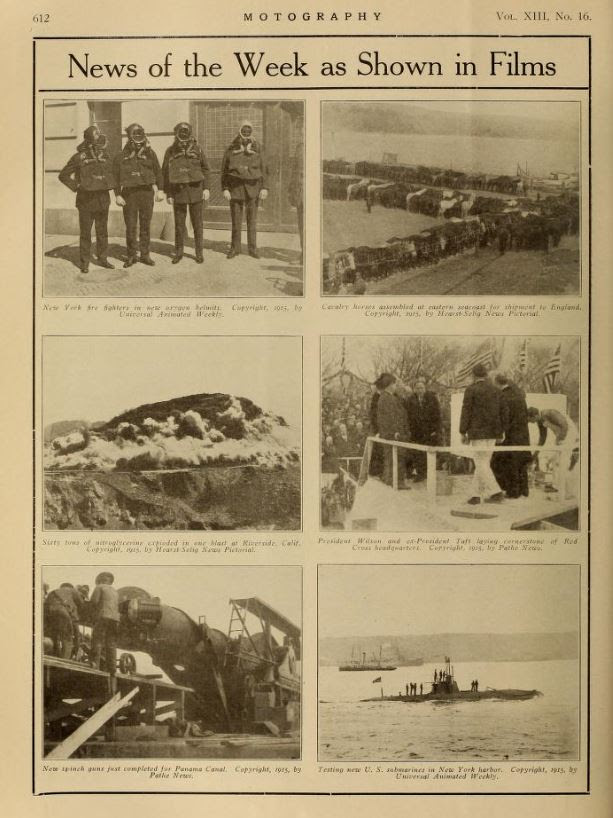 The 17-April -1915 Motography featured "News of the Week as Shown in Films," with items from current newsreels. 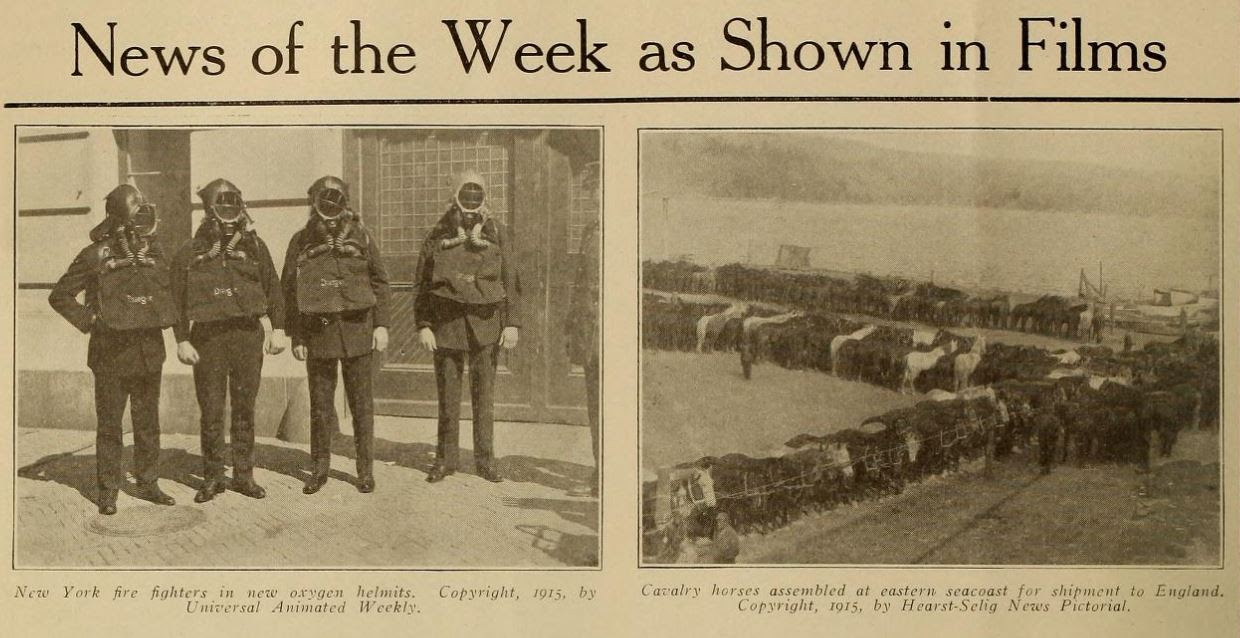 "New York fire fighters in new oxygen helmits (sic - JT).  Copyright 1915 by Universal Animated Weekly."  I did not know that firefighters had such equipment available in 1915.  I thought such equipment might have come after the war, inspired by gas masks.

"Cavalry horses assembled at eastern seacost for shipment to England.  Copyright 1915 Hearst-Selig News Pictorial."  I have mentioned it before, but the armies still depended greatly on animal power.

"Sixty tons of nitroglycerine exploded in one blast at Riverside, Calif.  Copyright 1915 Hearst-Selig News Pictorial."  I don't know why.  Perhaps it was for railroad construction.

"Testing new U. S. submarines in New York harbor.  Copyright 1915 by Universal Animated Weekly."  I don't know, but this could be an N-class submarine, intended for coastal defense.
Posted by Joe Thompson at 10:00 AM