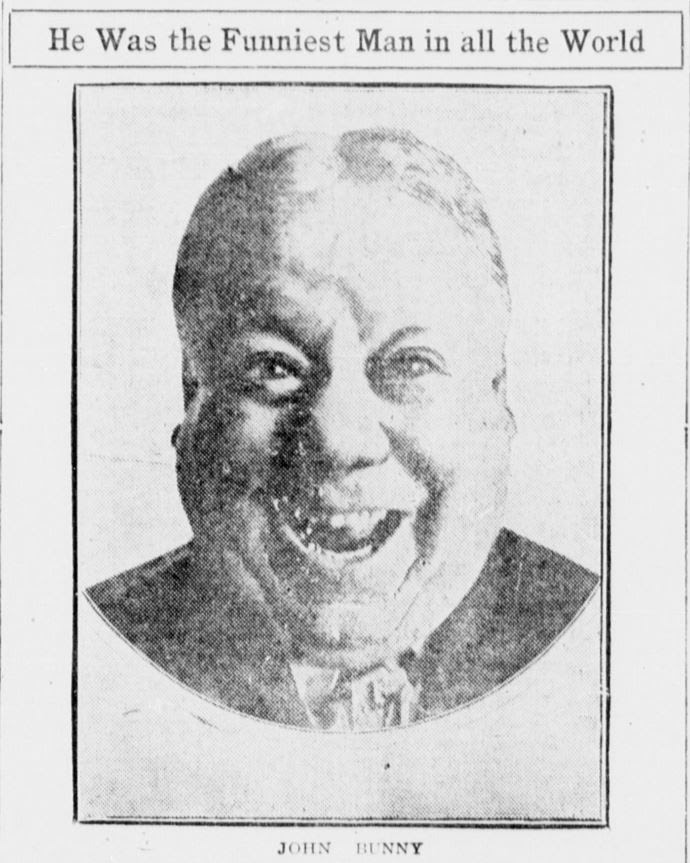 
He Was the Funniest Man in the World

NEW YORK, April 24. --  John Bunny. whose antics as a moving picture comedian have made millions laugh, died today at his home in Brooklyn, He had been ill about three weeks of a complication of diseases.

Members of his family were with him when he died. For a week he apparently bad been improving. A strenuous month of work, it is believed, caused the breakdown which resulted in his death.

John Bunny was 52 years old. For twenty-nine years he had been before the footlights before he entered the moving picture field four years ago. During his career as an actor, he had leading roles with many old time stars, among them being Annie Russell. He had attained country-wide popularity as an actor before he achieved his greatest success on the screen.

Mr. Bunny was born in New York City of English parents, was educated in the Brooklyn public schools and was a clerk in a general store until he went on the stage at the age of 19. In the moving picture world he was regarded for a time as the country's leading comedian. He was said to have received more than the president of the United States in salary and royalties. The amount of his compensation was never divulged to the public. He will be buried in Brooklyn.