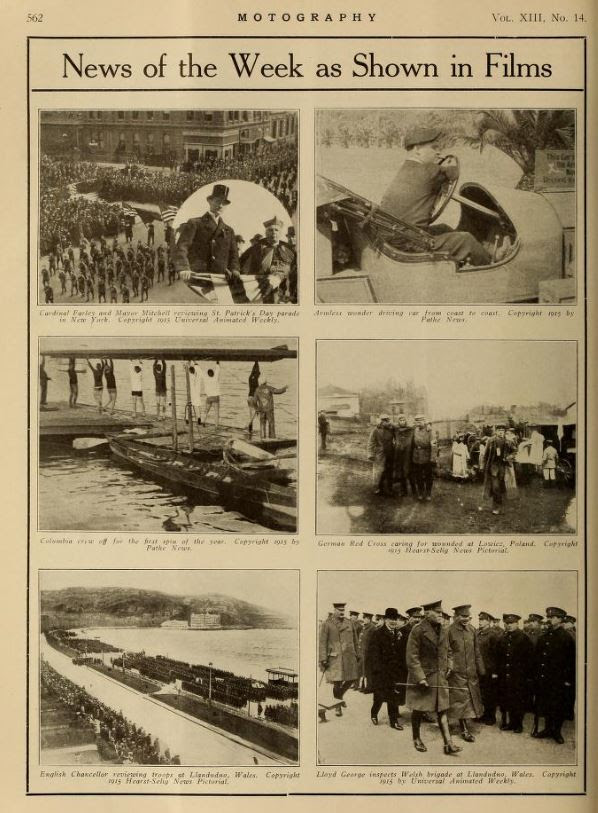 The 03-April -1915 Motography featured "News of the Week as Shown in Films," with items from current newsreels. 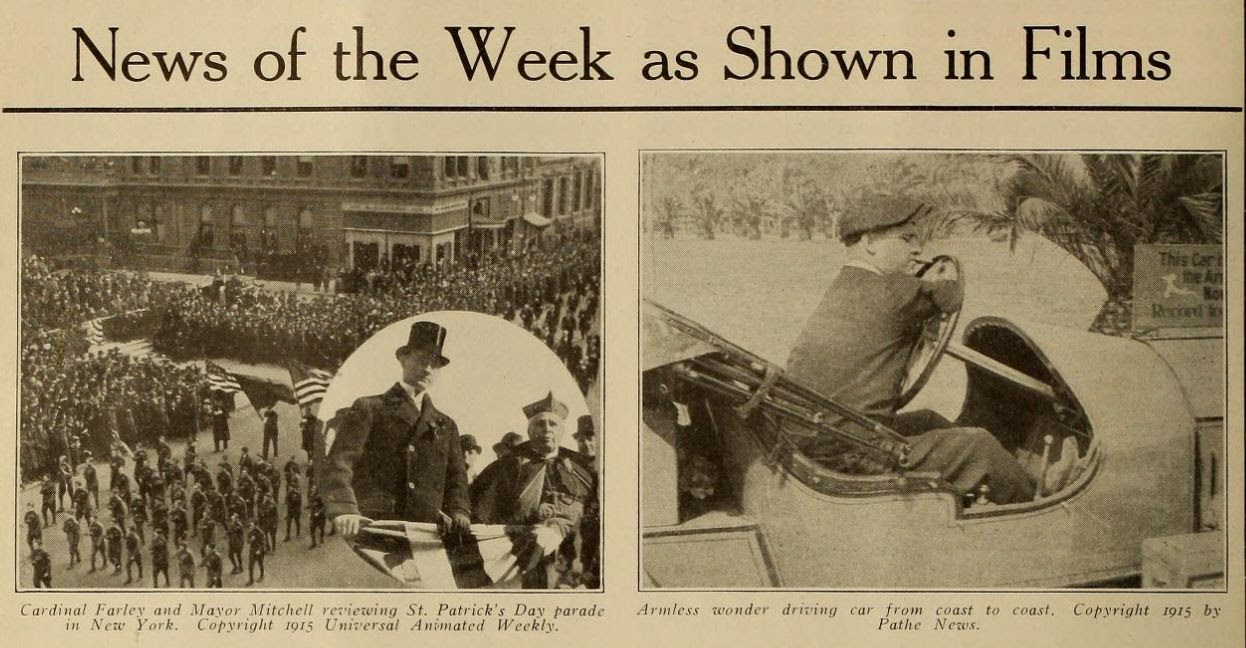 "Armless wonder driving car from coast to coast.  Copyright 1915 by Pathe News."  I have not been able to find the armless wonder's name.

"Columbia crew off for the first spin of the year.  Copyright 1915 by Pathe News."  I'll bet most of these young men were in the military two or three years later.

"German Red Cross caring for wounded at Lowicz, Poland.  Copyright 1915 Hearst-Selig News Pictorial."  The Germans were attacking towards Warsaw to try to distract the Russians from East Prussia.

"Lloyd George inspects Welsh brigade at Llandudno, Wales.  Copyright 1915 by Universal Animated Weekly."  Welsh Liberal politician David Lloyd George had been Chancellor of the Exchequer.  He became Minister of Munitions during the 1915 Shell Crisis.
Posted by Joe Thompson at 10:00 AM