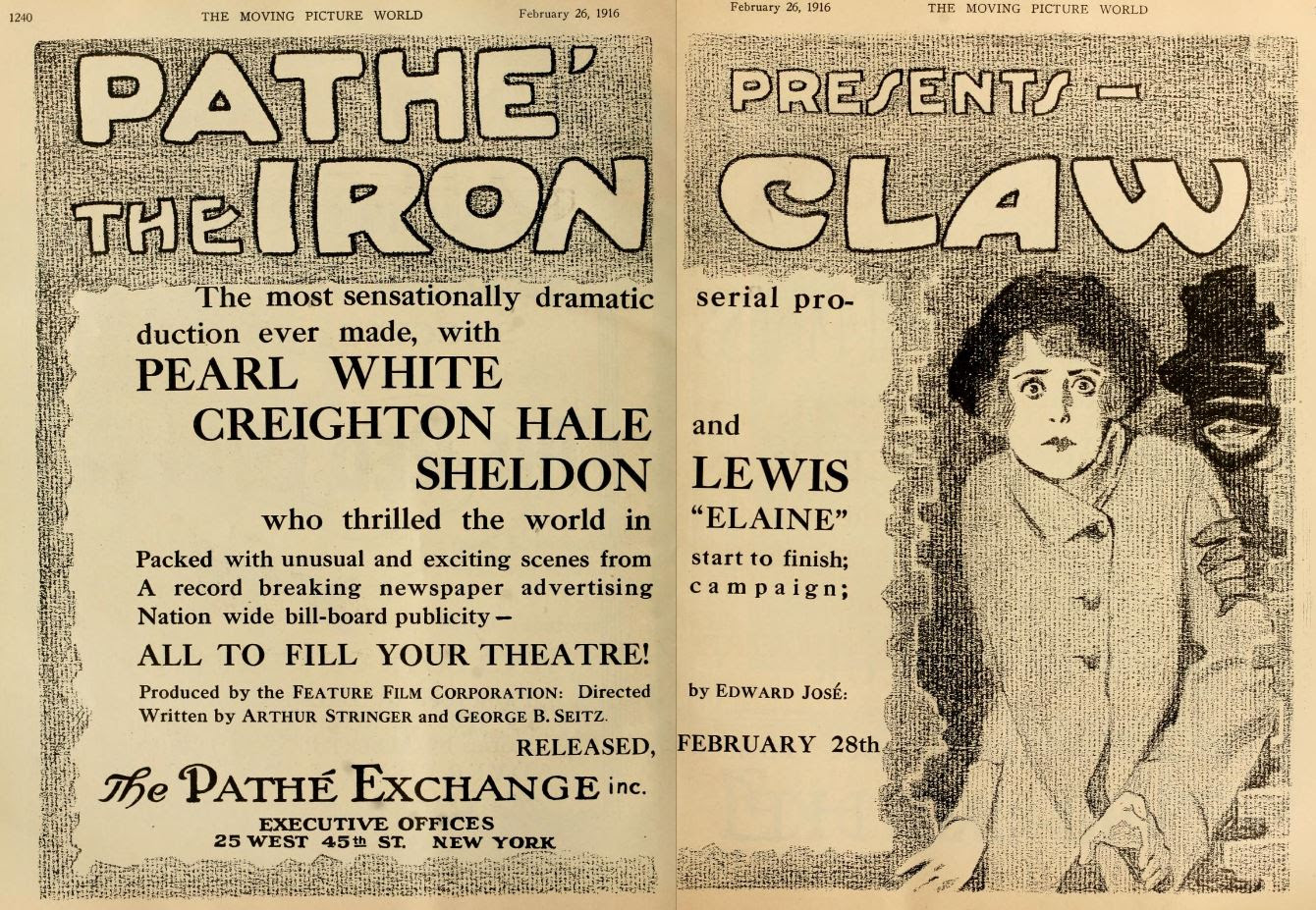 Actress Pearl White was the first serial queen, starring in The Perils of Pauline in 1914.  She made many more serials, including The Iron Claw in 1916.  It was released by Pathé.  One episode of the 20 produced still survives.

The ad is from Motion Picture World, 26-February-1916.  Be sure to click on the image to see a larger version.
Posted by Joe Thompson at 10:00 AM