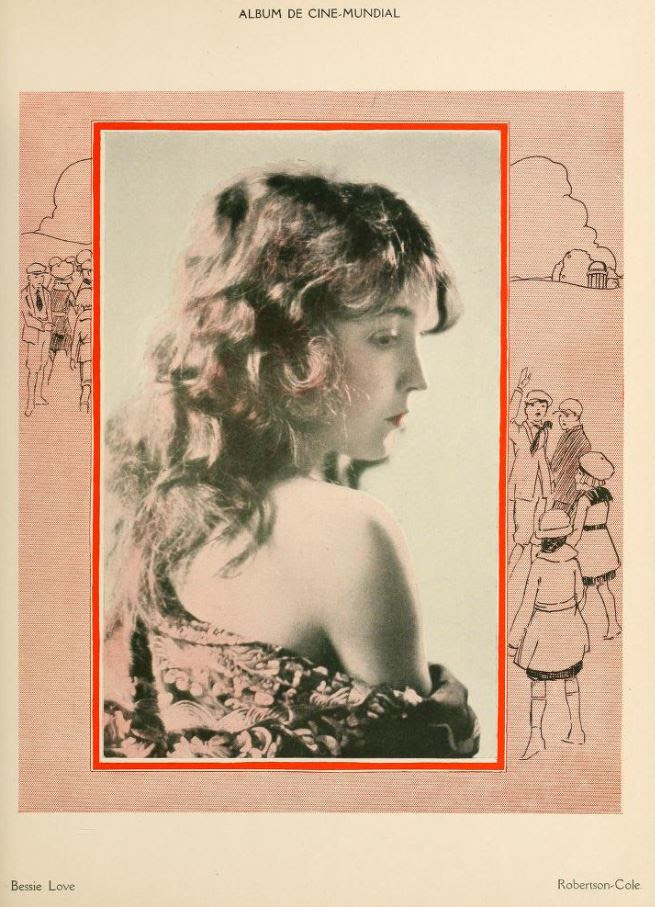 I have always been fascinated by the career of actress Bessie Love.  She was born in Texas.  Her name was Juanita Horton.  Her family moved to Los Angeles and she went to Los Angeles High School.  Looking for work, she met director  DW Griffith and got a small part in Intolerance.  She appeared in movies with William S Hart and Douglas Fairbanks.  She was a 1922 WAMPAS (Western Association of Motion Picture Advertisers) Baby Star.  She played many leading roles, most famously in The Lost World, but never broke through until the talkies came, when she starred in The Broadway Melody.  Her career was hot for a few years, but then tailed off.  She continued to appear in small parts in movies until the early 1980s.

This image is from the November, 1921 Cine-Mundial, a Spanish language film magazine produced in the United States.
Posted by Joe Thompson at 10:00 AM