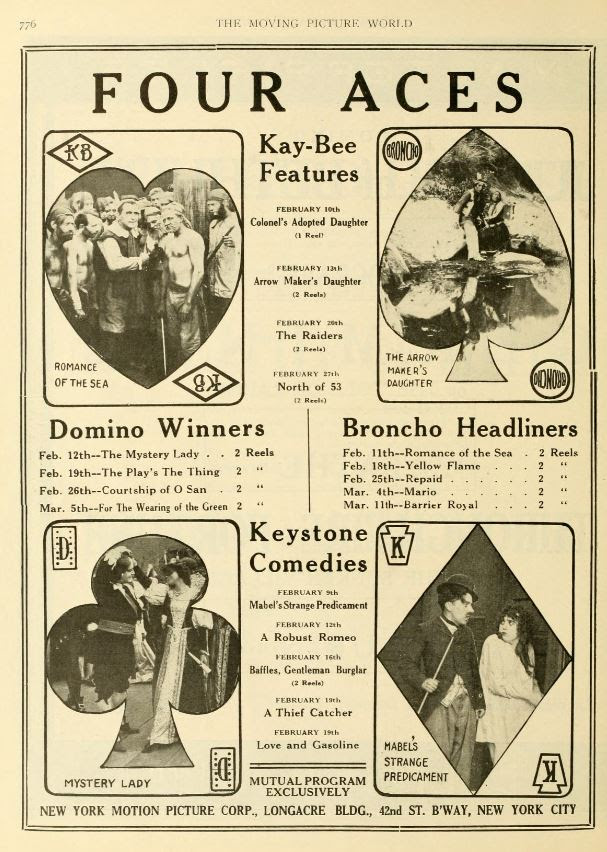 100 years ago today, on 09-February-1914, Mack Sennett's Keystone released "Mabel's Strange Predicament," which was the movie where Charlie Chaplin first wore his tramp costume, but it was released after "Kid Auto Races at Venice."  Mabel Normand directed the movie and Charlie clashed with her as he had with Henry "Pathé" Lehrman on his first movie, but Chaplin could not hold out when Mabel burst into tears.

The ad is from the 14-February-1914 Moving Picture World. Click on the image to see a larger version.  Chaplin and Mabel Normand appear in the diamond in the lower right-hand corner.  Note that "A Thief Catcher" was to be released on February 19.  It was recently discovered that Chaplin made a cameo appearance as a Keystone Kop in that film.

In an issue somewhere between March and August, Illustrated Films Monthly, a magazine that ran illustrated adaptions of current movies, ran "Mabel's Strange Predicament."  Here are the illustrations. 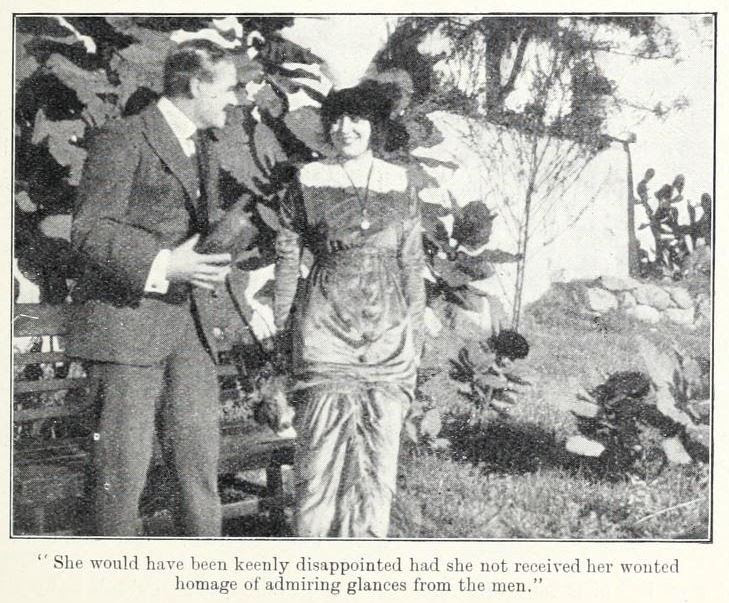 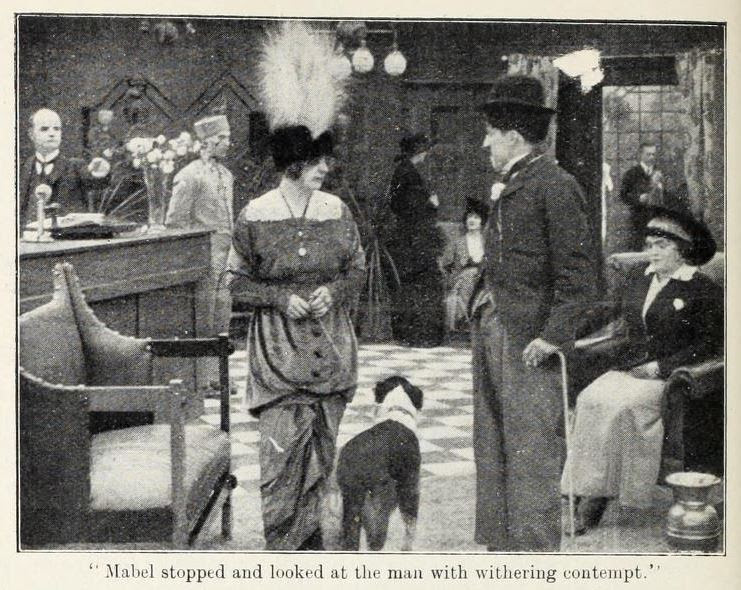 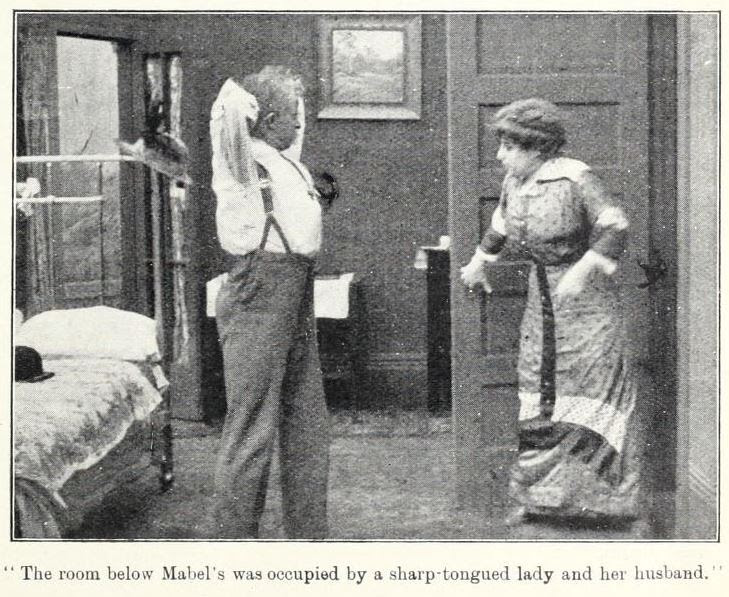 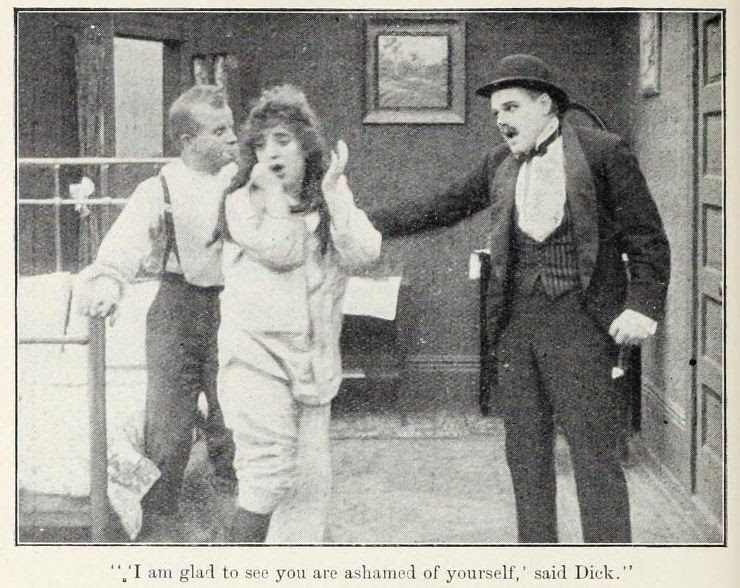 There is also an adaption of Keystone's "Love and Gasoline."
Posted by Joe Thompson at 12:30 AM