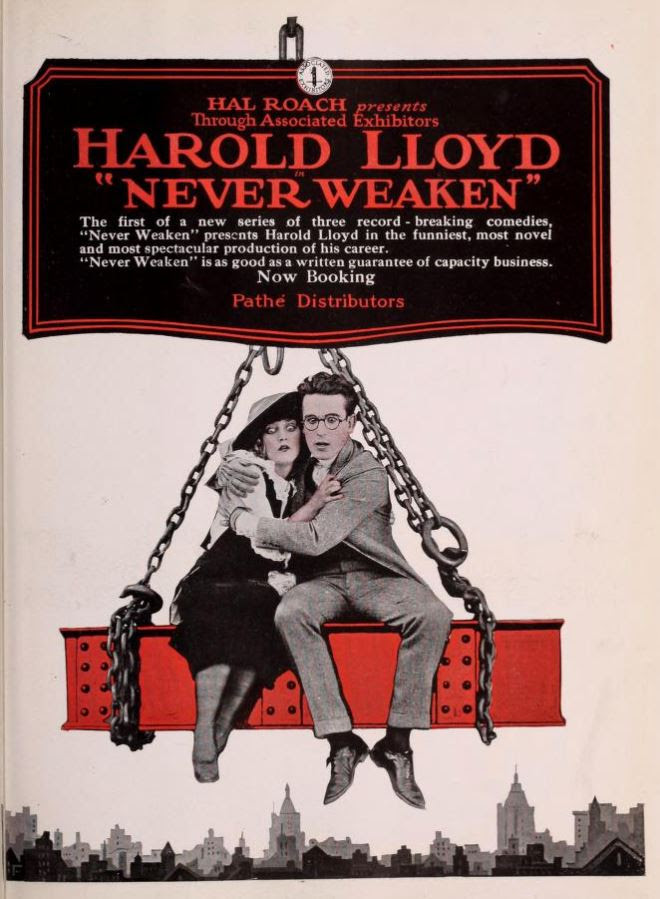 "Never Weaken" was the first of Harold Lloyd's thrill comedies. Comedians had always scampered around in high places, but Lloyd built the film around dangerous events on a high rise building. This was Harold's last short film, a three-reeler.

"Never Weaken" opened the second season of Harold Lloyd films "presented by Hal Roach through Associated Exhibitors and distributed by Pathé."
Some nice stills from "Never Weaken." Note the gloves which helped conceal the missing thumb and finger on his right hand.

This large ad, a 24-sheeter, was part of the ballyhoo for the movie. I like the suggestion to cut out the background and place it on the front of the theater.

Harold performed acrobatics to drum up business for the doctor who employed Mildred Davis.

Harold helps Mildred in the kitchen in "I Do."

I like the use of the glasses in this Associated Exhibitors ad.
Posted by Joe Thompson at 12:30 AM