100 years ago this month, First National was offering rights to book Charlie Chaplin's new "Signature Protected" comedies.  Note the signature, which would appear on legitimate posters and movies. 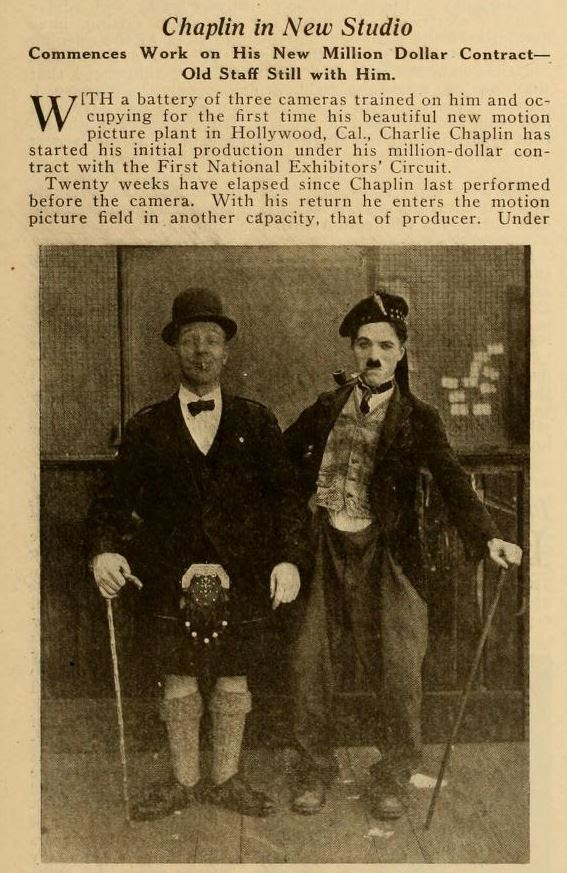 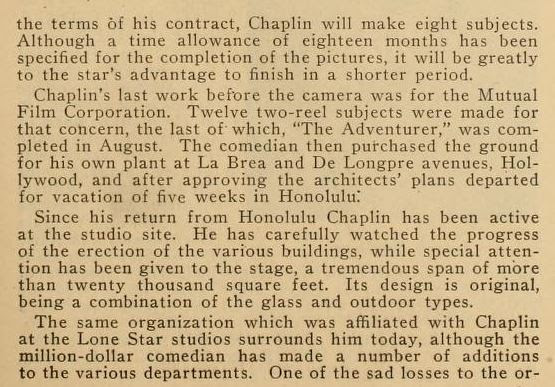 Chaplin poses with Sir Harry Lauder, a famous Scottish entertainer.  They have traded parts of their costumes.

Charlie Chaplin had left Mutual, which was releasing the last of his 12 masterful two-reelers, but Mutual was offering the "Chaplin-Mutual Specials." "There's a barrel of money in the new booking plan..."

An ad for Detroit's Madison Theater says "If you think Charlie Chaplin's previous pictures were funny -- see this one."  "The Adventurer" was the last Chaplin-Mutual Special.

"This is the sixth of Essanay's reissues of Chaplin's early successes."

"Charlie Chaplin in The Films That Made Him Famous."