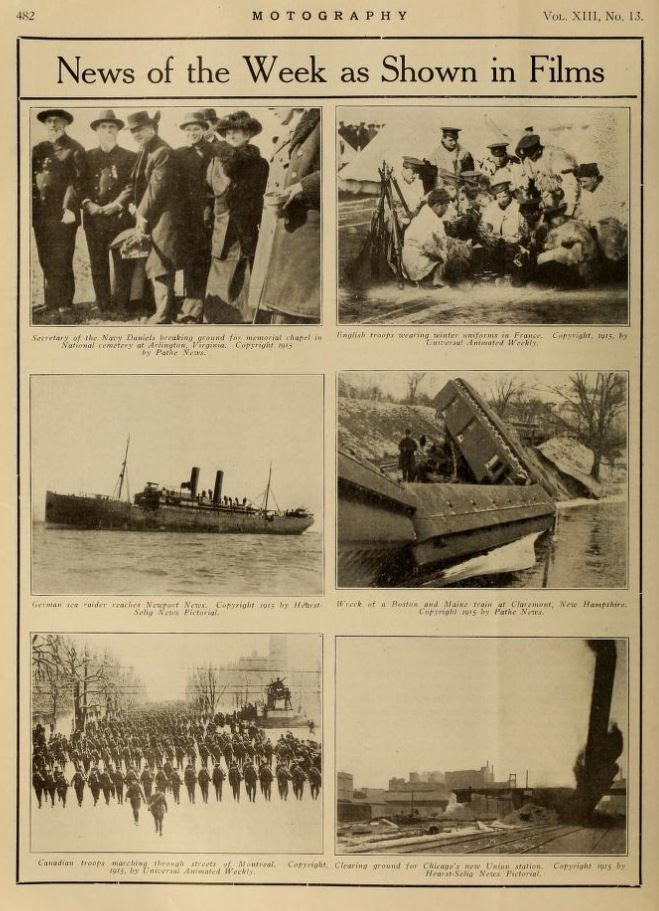 The 27-March-1915 Motography featured "News of the Week as Shown in Films," with items from current newsreels.

"Wreck of a Boston and Maine train at Claremont, New Hampshire.  Copyright 1915 by Pathe News."  A Boston and Maine passenger train hit a washed out section of track and derailed on 26-February-1915.

"Canadian troops marching through streets of Montreal.  Copyright 1915 by Universal Animated Weekly." Canadian troops were an important part of the British Imperial forces on the Western Front.